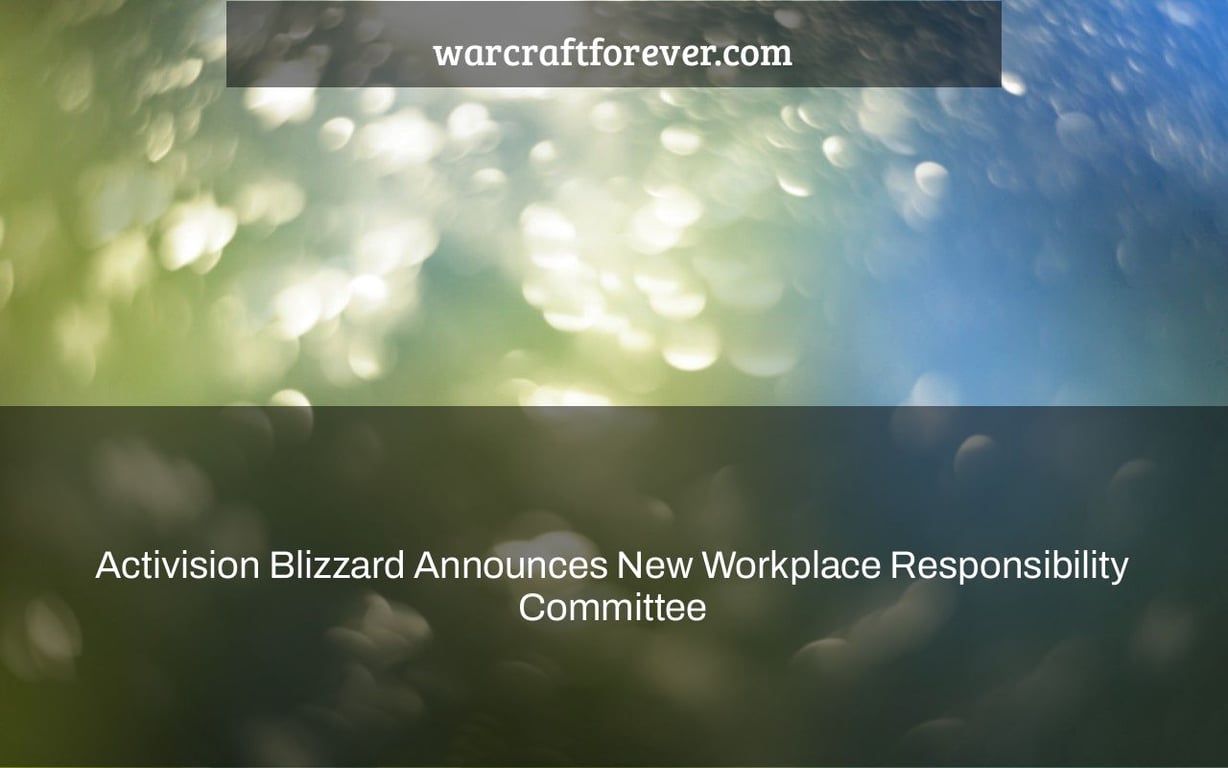 Activision Blizzard has announced a new committee that will focus on bettering its employees’ working conditions. The company’s decision to implement this is particularly interesting, given the recent controversy surrounding them and their CEO, Bobby Kotick.

The Board of Directors of Activision Blizzard (Nasdaq: ATVI) today announced the formation of a “Workplace Responsibility Committee” (the “Committee”), which will oversee the Company’s progress in successfully implementing its new policies, procedures, and commitments to improve workplace culture and eliminate all forms of harassment and discrimination. Dawn Ostroff, an independent director since 2020, chairs the Committee. The Committee will be chaired by Reveta Bowers, an independent director since 2018. Furthermore, the Company is striving to appoint a new, diverse director to the Board of Directors.

Management will be required to produce key performance indicators and/or other measures of measuring progress and ensuring accountability by the Committee. Bobby Kotick, the Chief Executive Officer, as well as the Chief People Officer and Chief Compliance Officer, will present regular progress updates to the Committee, which will inform the whole Board on a regular basis. The Committee has the authority to hire outside experts or advisors to help it in its work, including independent legal advice.

The Activision Blizzard Board of Directors is dedicated to creating a healthy work environment where all workers feel appreciated, protected, and respected. The EEOC and DFEH investigations, as well as other events, have been reported to our Audit Committee. The Board applauds management’s efforts to improve workplace culture since 2018, including centralizing the human resources function in 2019 to ensure greater consistency and accountability, strengthening and expanding training, and, most recently, improving reporting and response methods for harassment, discrimination, and retaliation complaints. The Board has been meeting biweekly since October for in-depth reviews of associated goals and progress, as well as receiving extensive written weekly updates. The Board of Directors is dedicated to assisting in the implementation of major further changes.

According to an agreement with the United States Equal Employment Opportunity Commission (EEOC) published on September 27, 2021, the Company will appoint an EEO Coordinator, who will report directly to the Board, pending judicial confirmation of the deal. The Committee shall meet with the EEO Coordinator on a regular basis, as well as an independent EEO Consultant, who will be hired in accordance with the agreement. The EEOC and the Workplace Responsibility Committee will benefit from the openness provided by these two independent EEO activities.

While the Company has made significant progress in improving workplace culture with the Board’s support, it is evident that present conditions need further Board participation. The Committee’s formation, as well as future modifications, will allow for more direct monitoring and transparency, as well as guarantee that the Company’s promises to Activision Blizzard’s employees are met with urgency and effect. This has been a difficult period for the Company, but the Board is confident in the steps being taken to position the company for future success.