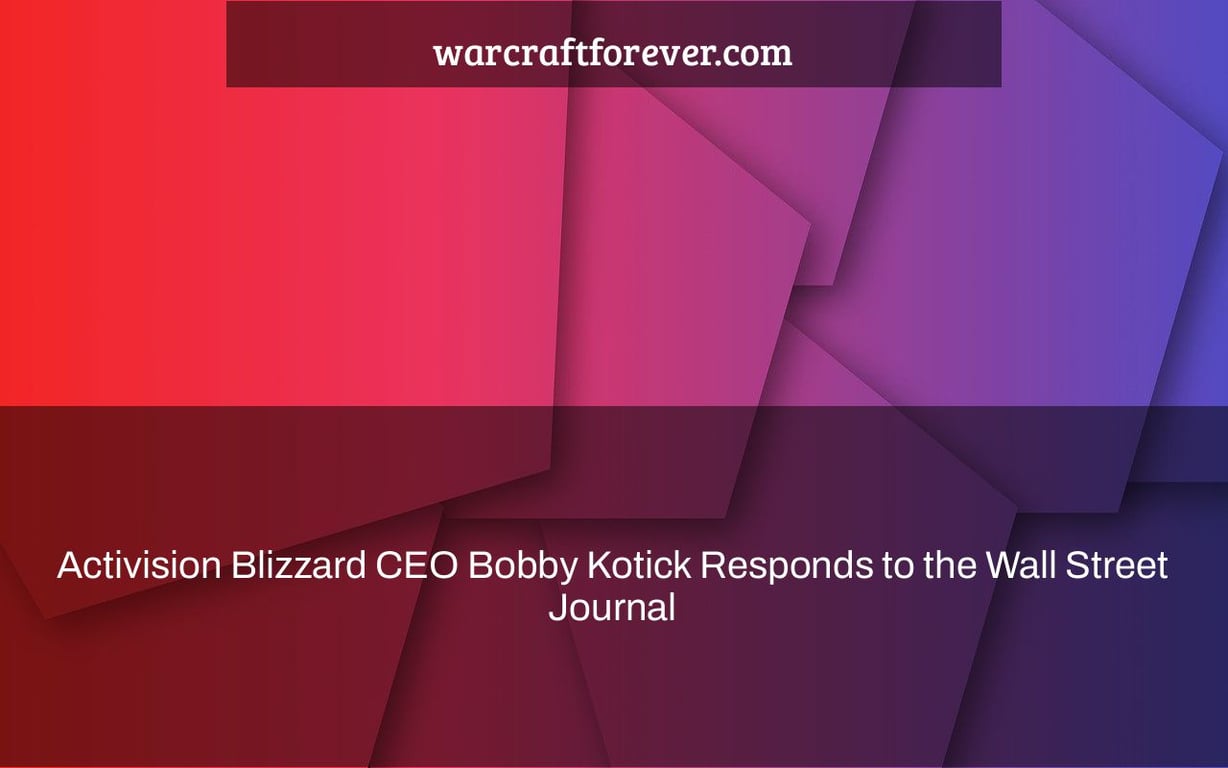 Activision Blizzard CEO Bobby Kotick has responded to the Wall Street Journal’s report claiming Activision, World of Warcraft publisher, is being sued by its former COO Thomas Tull.
Tull claims that he was fired for resisting a proposed move into gambling and blockchain. 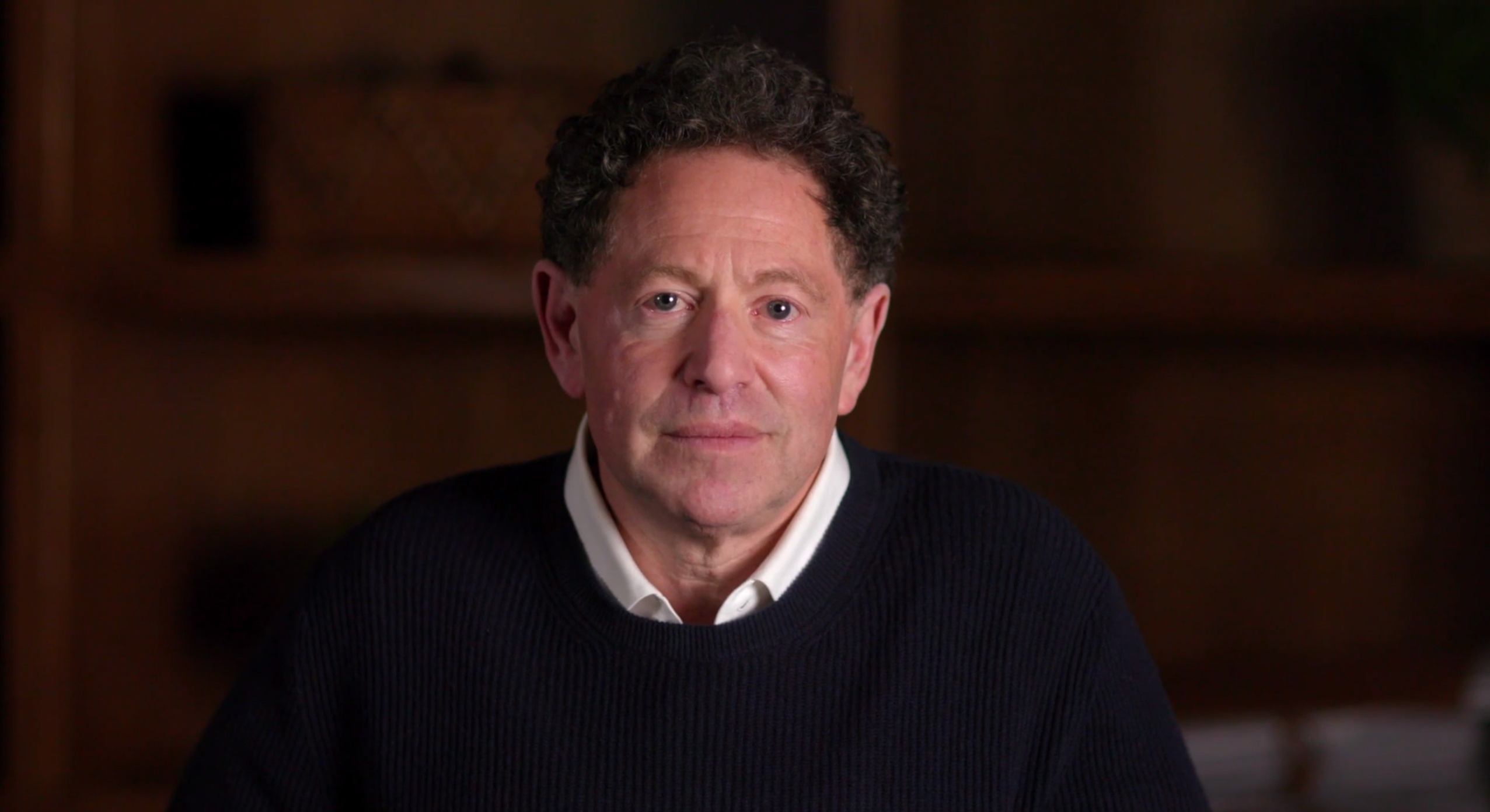 Following a damning report by The Wall Street Journal alleging that Activision Blizzard CEO Bobby Kotick was fully aware of reports of sexual harassment and discrimination within the company, and may have even helped cover up for other executives, the CEO sent a message to the company’s employees reiterating his commitment to creating the most welcoming and inclusive workplace possible.

The message mentions the company’s recent efforts to improve the company, such as reducing his own compensation, waiving mandatory arbitration, and promising to increase the percentage of marginalized people within the company, but it also has an unmistakable sense of damage control, beginning with a statement that the Journal’s article “paints an inaccurate and misleading view of our company, of me personally, and my leadership,” which is suspiciously similar to the statement made by the company in response to the lawsuit.

Similarly, the message glosses over the details of the Journal’s allegations, such as Jen Oneal’s departure due to a lack of faith in the leadership or the claim that she was paid less than Mike Ybarra while serving in the same role as co-lead of Blizzard Entertainment, despite a report released last month by COO Daniel Alegre claiming that women were paid one penny more for every dollar paid to men. While these inconsistencies might be misdirection or just Activison’s favorite form of legalese, Kotick’s statement stands in stark contrast to media reports, underlining the company’s renewed goal to be a model workplace and their zero tolerance policy for any kind of improper conduct.

Bobby Kotick, CEO of Activision Blizzard, sent a video greeting to the company’s workers today. The following is a transcript of his remarks:

“Today, I’d want to chat with you about our future and reaffirm my commitment to creating the most welcoming and inclusive workplace possible.”

So many of you have graciously and openly shared your experiences and views about the sort of organization you want us to be over the previous several months.

We’ve made concrete steps to enhance our business and culture. But there’s still work to be done. More change is necessary to become the model workplace that we all desire to be. But I’m convinced that we’ll make it.

Over the next several months, the media will undoubtedly continue to focus on us and our business. In truth, a piece published today portrays our firm, myself, and my leadership in an unfair and deceptive light.

I’d want to make two key points about this:

To begin with, we are very lucky to have some of the most skilled individuals in our field who are all dedicated to continuous progress. This is a commitment that I share.

The second point I’d want to make is that anybody who questions my commitment to becoming the most welcoming, inclusive workplace in the world doesn’t understand how important this is to me.

In a secure, inviting, and courteous atmosphere, creativity and inspiration flourish. There is no other way to put it. And adhering to our principles without exception is the most effective method to keep our current employees and recruit the fresh talent we need to realize our full potential.

We’re pushing ahead with a new zero tolerance policy for improper conduct, as I’ve said, and zero means zero. Any kind of abhorrent behavior is just unacceptably bad.

We have the opportunity to improve our culture even further and set an example for other businesses to follow. And we’re quite lucky. A strong goal is to connect and engage the world via pleasure and enjoyment. We will execute our purpose with excellence if we can do it in a welcoming, inclusive environment.

Our sector has been under a harsh spotlight for the last several years, highlighting areas where we can improve. And we must all accept this need for change, including myself, in order to bring our best selves to the finest place to work.

I am very appreciative for it.”