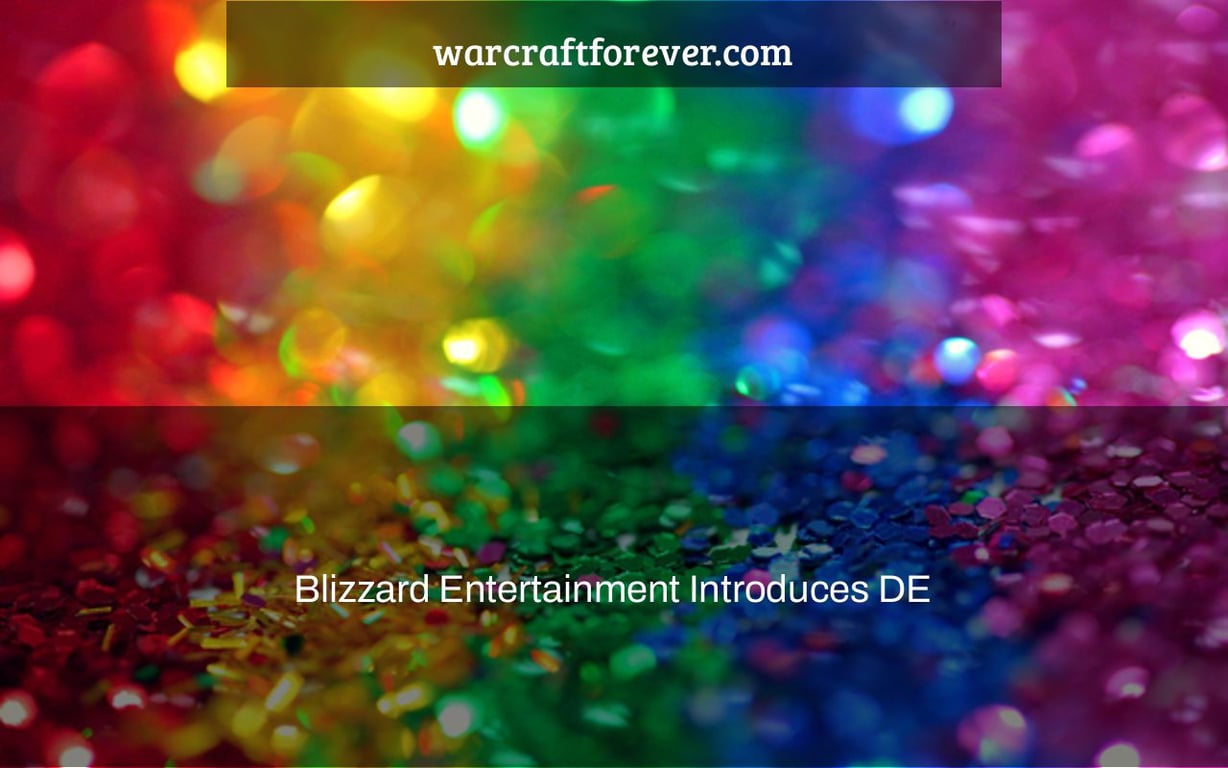 Blizzard Entertainment, the company behind World of Warcraft, Heroes of Storm and Diablo 3 has announced a number of new hires in their latest press release. Makaiya Brown is Blizzard’s newest DE&I resource manager who will be spearheading game development efforts for various titles such as Overwatch and Hearthstone.

Blizzard Entertainment, the company behind the popular Warcraft game series, announced that it has introduced DE&I and Development Lead Makaiya Brown.

Hello, Blizzard community! My name is Brown, Makaiya, and I’ve been Blizzard’s Diversity, Equity and Inclusion (DE&I), and Development Lead since September 2021. With International Women’s Day coming up, I thought what better time to share some thoughts on this role and how our work at Blizzard is progressing so far.

First, let’s address the obvious: why Blizzard? What struck me the most when I met with individuals here were two things. First, the workers’ desire and commitment to make real changes–all of whom are very bright individuals who want to improve our culture while continuing to do the job they like. Second, the true dedication of the Blizzard leadership team, who are driving change across the board to guarantee that their employees feel secure, heard, and free to be their most creative selves. It’s unusual to witness such a powerful, collective desire at all levels, and I’m inspired by the prospect of managing that energy as our work advances.

We’ve come because we want to build games that are friendly to all players, and in order to do so, we need a variety of viewpoints. We acquire vital views when women, people of color, LGBT+, and individuals with disabilities believe Blizzard is a place for them–a place where they can be their best self. Better games arise from a more inclusive society.

The most important pillar that drives lasting change is education; and I realize that for some people, education around DE&I topics is uncomfortable. Everyone has biases based on multiple influences—how we grew up, who we grew up around, what type of media we consume. In the workplace, these biases manifest in particular ways. For example, if you are used to working around the same people with the same behaviors, and someone enters your circle who is different, those behaviors might be unintentionally offensive, or cause someone to feel uncomfortable in sharing ideas. Recognizing these biases is okay, and vital for personal, professional, and organizational growth.

Listening is the first step. It’s critical to comprehend Blizzard’s history in order to predict its future. We can make substantial adjustments in the future once we have a clear picture of where we are. We’ve already started constructing a powerful learning platform, a mechanism for effective leadership responsibility, rethinking our recruiting methods, and more, all inspired by what I’ve learnt.

Organic progress is also occurring at numerous levels—you’ve probably seen various Blizzard development teams make significant improvements in recent months in terms of representation, accessibility, and player behavior. And, so far this year, 31.5 percent of our new recruits identify as women–and that’s only the start. We appreciate the efforts of individuals and teams that have embraced our aim of enhancing diversity at Blizzard right away, and we are dedicated to continuing to grow in this area.

As a leader in DE&I, seeing this kind of action from individuals en masse in their areas of influence is incredibly moving. It is the kind of work that adds up to real change. Our work at Blizzard is not a matter of putting in a bunch of corporate training programs and calling it a day–this is a large-scale effort at the business, team, and individual levels, that will continue to be iterated upon and evolved to level up the core of who Blizzard is.

People from all walks of life want to make and play games to escape the outside world—there is enough prejudice in the real world—and, of all places, everyone should be able to feel at ease and accepted here and in our worlds. We’ve got a lot of work ahead of us. Building a more inclusive workplace, and therefore more inclusive games, is my aim, as it will impact greater understanding, caring, and respect of those who are seen to be different from us. And if we, as an industry, continue to build better gaming environments, maybe our actual world will improve as well.

We’ll keep you updated on our work on a regular basis.

Thank you for reading, Brown, Makaiya DE&I and Development Lead

Blizzard Entertainment, the company that created the Warcraft franchise, has announced that it is introducing a new position on their team. The position is called DE&I and Development Lead Makaiya Brown. Reference: blizzard entertainment lawsuit.

What is Blizzard Entertainment known for?

A: Blizzard Entertainment is known for the Warcraft, StarCraft and Diablo series.

What is Blizzards mission statement?

A: Blizzards mission is to develop games.

What is Blizzards motto?

A: We are always preparing for the next battle.