You are here: Home / Warcraft / Blizzard on Upcoming Rogue Tier Set Tuning and Design Goals in 9.2 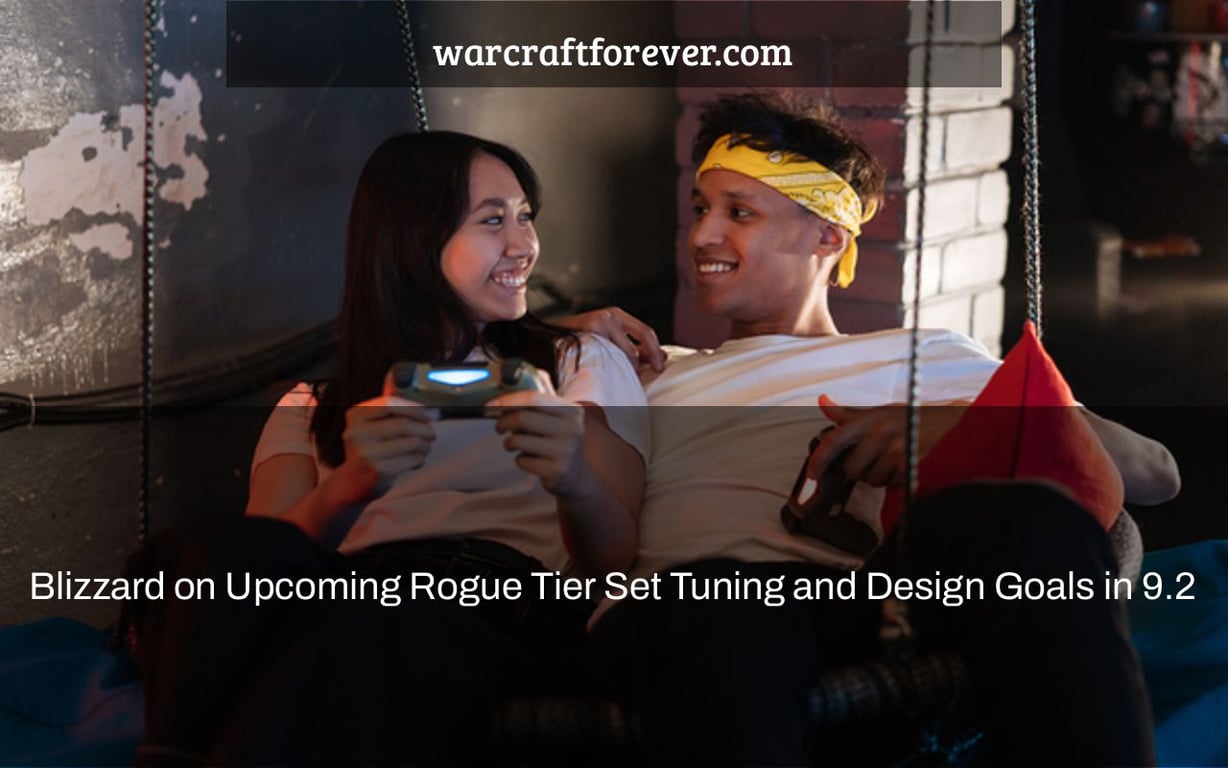 We wanted to share the design goals and plans for some of our new features coming in 9.2 that are more Rogue-centric, like Reforging
and Tier Sets! We’ve also got a big surprise at the end of this blog so stay tuned!

Hello, everyone! I wanted to share some updates on the future of Rogue’s sets and tuning, per spec, now that the current PTR release is out.

As a general disclaimer, Tier Sets as a feature is being tuned asynchronously, so while it may appear that some sets are being unfairly buffed/nerfed, our goal is to hit the same target across the board – while there will naturally be variance, this means that comparing future plans detailed in this post to classes that have yet to receive tuning or have recently received an update to their functionality isn’t very productive (especially when I just gleaned this information from the forums).

Last week the 2-piece shipped with higher numbers than intended, as the proposed 100% from a month ago, it turns out, was pretty strong. Even with the recent update the 40%, the whole set in aggregate is perhaps slightly ahead of where it should be, but decently close so far. Unlikely to receive any major changes beyond squashing bugs that come up and finalizing numbers to keep the two in-line so far, after the multi-dot/cleave element of the 2-piece & the move to an overall damage amp seems to be working out well so far. Power-level wise, this one’s just shy of our target but on the weaker side of things overall. A lot of the new 4-piece’s power is intentionally baked into how an extra 6-point finisher affects the rest of the kit (via Restless Blades and other passives), but it’s looking like there’s room to amp the actual damage of the BTE proc somewhat in a way that won’t send those passives out of control & give it more impact. Overall though, the rework seems to feel a lot smoother and less ear-flicky than before, and is actually pretty close power-level wise. Still looking into reports of bugged or unintended interactions with BTE, Blade Flurry, and certain covenant abilities + the gun legendaries to help it feel like a complete package. Lastly, we get to Subtlety. Astute testers may notice that not much has changed since our previous post – both in terms of the set’s power level and the bugged interactions surrounding Shadowstrike working like a real cast. Sadly, we ended up finding that those bugs were trickier to solve than we’d originally hoped & required a bit of new tech so that stuff like Akaari’s Soul Fragment wouldn’t proc infinitely off itself (which Sub players will now dream about). In any case, these are still coming, but unfortunately will be a little slower in getting to you than intended. In any event, we’re looking to do initial tuning on this bonus sooner than later so players can get an idea of where it might end-up balance-wise.

Overall, it’s a really little update! It’s worth mentioning that as we get into the tuning phase, you won’t see many more of these for Rogues since you’ll simply be seeing numbers move up or down, but as we get closer to 9.2’s release, we’ll attempt to keep you updated on why and what our objectives are. We appreciate your continuing testing and comments, and we wish you everyone a wonderful week.