You are here: Home / Warcraft / Blizzard Posts Raid Testing Schedule for Next Two Weeks on 9.2 PTR 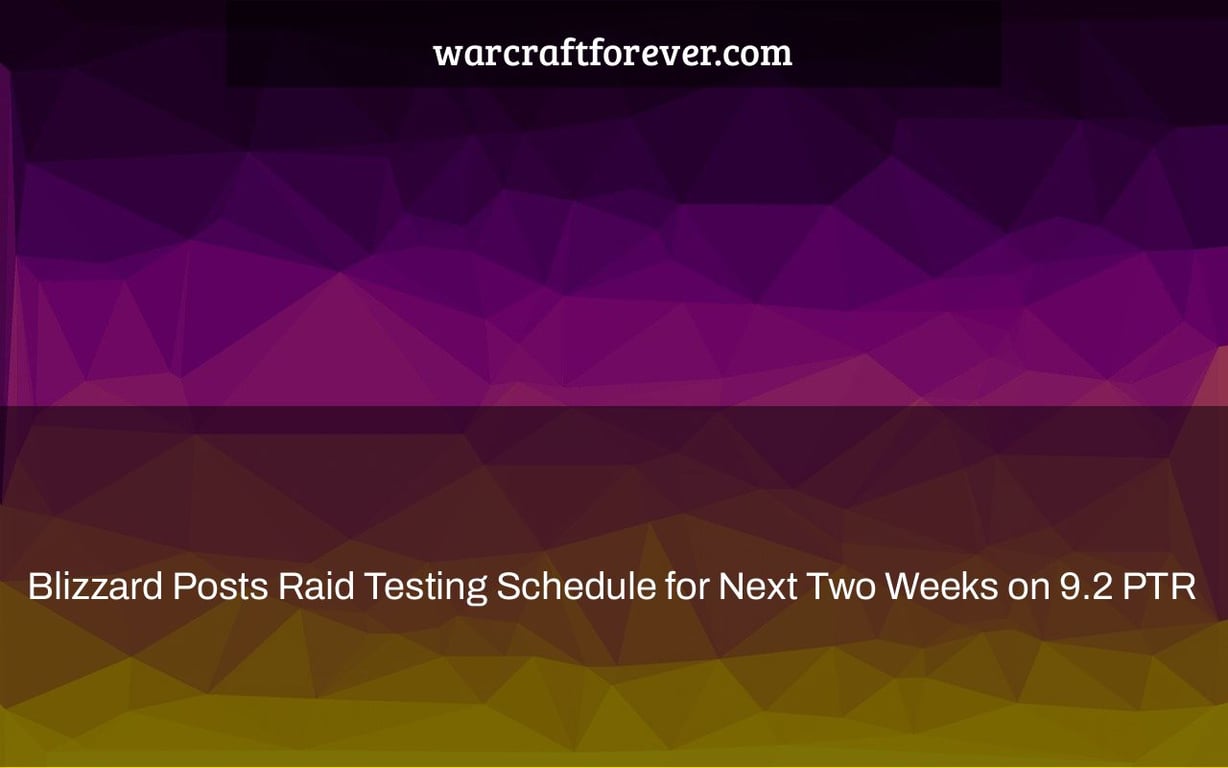 In preparation for the upcoming Battle of Azeroth raid, Blizzard has posted a testing schedule in which players can help test new features and changes to existing encounters. Topics include Keystone Master Mode and Itemization Changes on PTR 9.2., with more previews coming soon.

In the WoW Community Council, a suggestion was made to broadcast raid testing hours with more prior notice so guilds may prepare their groups ahead of time — particularly for areas outside of the Americas. We see the importance of having more notice, even though a number of factors may change during the raid testing, so we’d want to try publicizing the schedule a few weeks ahead of time to see how it works for everyone.

PTR Raid Testing Schedule for Sepulcher of the First Ones

The 14th of January

The 21st of January

As always, this testing schedule is very fluid and subject to the realities of a test environment. We might have to change the time of a testing session, change the bosses being tested, or cancel a test entirely, due to bugs, server hardware issues, etc. Keep an eye on this forum for the latest information, and thank you in advance for testing and providing feedback.Q: How do I get into the raid zone?A: In Oribos, Dalaran, Orgrimmar, or Stormwind, you may speak to Nexus-Lord Donjon Rade IV in order to teleport into the raid zone while it is open for testing. (The option to teleport into a zone will not be available when the zone is not open for testing.)Q: What character should I use to test the raid?A: Whichever you prefer. We will be scaling players’ effective level to 60 for raid testing, and their item level to an appropriate threshold for the encounter(s) being tested.Q: How long does testing last?A: The primary purpose of testing is to give us the information we need to balance the encounters, evaluate how mechanics are playing out in practice, and identify bugs. Once we’re satisfied that we’ve received that information for a given boss, we’ll be shutting down testing. Usually this takes anywhere from 45 minutes to 2 hours, but there are no guarantees.We appreciate you taking the time to test our content and look forward to reading your feedback.