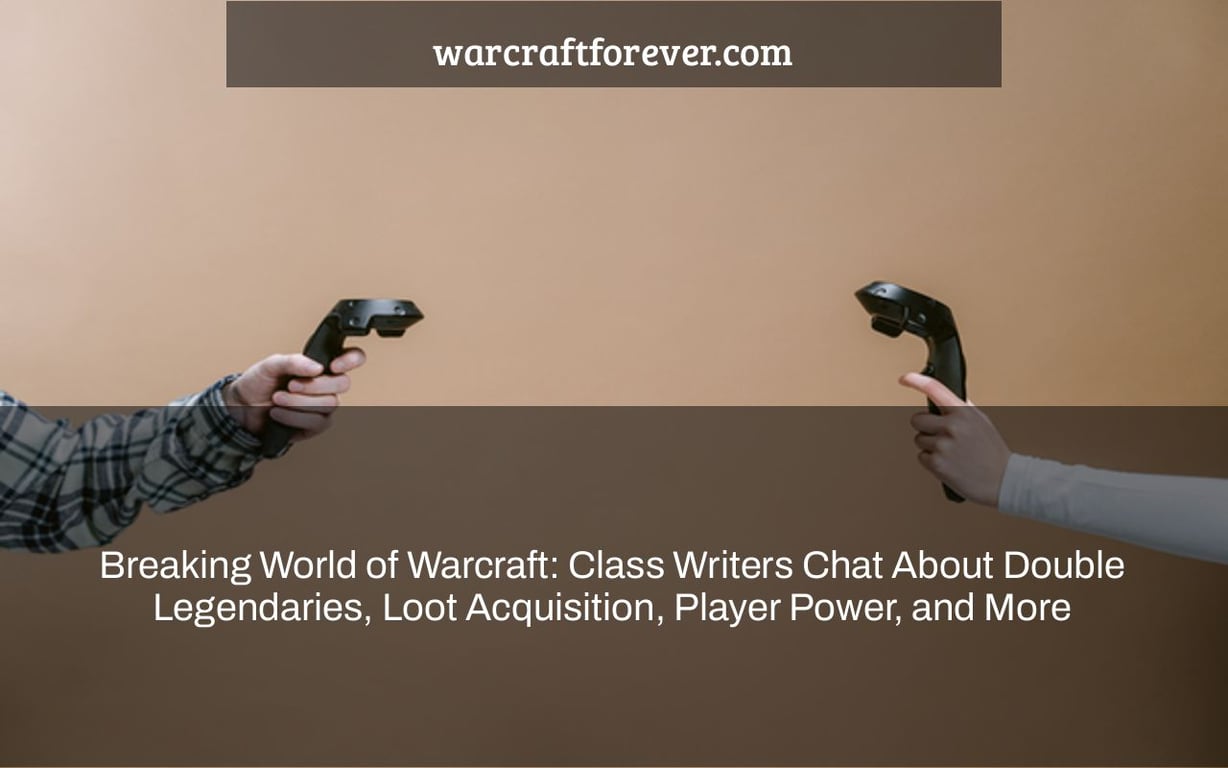 World of Warcraft’s upcoming expansion Battle for Azeroth is still months away, but that hasn’t stopped the game from experiencing a massive influx in players. In our latest feature, we chat with one of WoW’s class writers about what to expect when this new content drops on August 14th and beyond.

The “aoe cap removal wow” is a topic that has been discussed heavily in the world of Warcraft. Blizzard has finally decided to remove the level cap, but it may not be for everyone. The class writers discuss what this means for their classes and how it will affect them.

Breaking World of Warcraft welcomes Publik to the show as we go right into a heated 9.2 WoW debate about the tumultuous situation with twin legendaries and the 9.2 wow tier set acquisition and drop rate. All of this and more can be found in our normal round-up, which includes Mandl, Panthea, Wordup, and Guiltyas, with Publik perhaps returning in future episodes. Please share your views on our WOW podcast in the comments section; any feedback is much welcomed!

Bonuses may be set:

When it comes to both power deltas and encounter design, set pieces have an issue. Sets and boss tuning interact in a variety of ways. If bosses aren’t calibrated with the idea that the players have the set, they’ll topple over. If you tune in to that expectation, though, the set becomes obligatory. Some specifications attract a lot more attention than others. On the upper end (after bugs are taken into account), certain specs acquire 12-15 percent more damage, while others only gain 5%, and this is based on particular encounter situations. Recently, there have been some really positive developments. Havoc DHs (and DHs in general) had their set altered so that they wouldn’t have to play Kyrian. It’s not perfect, but it’s a lot healthier than the previous iteration, and iteration adjustments like this, or changes in direction, are incredible. Some set benefits continue to heavily favor covenants, which is problematic. Enhancement shaman, on the other hand, has four new builds owing to the legendary and set bonuses! In raid, certain setups are worthless, but in M+, they’re fantastic. Prot paladin, for example, relies on direct physical blocks, but most Sepulcher mechanics are unblockable. During raid testing, a Prot paladin received one proc during the course of the battle. It is quite difficult to create defined incentives that provide a consistent benefit across the board. It’s sometimes easier to have a dull but extremely adaptable set than it is to have a super intricate, hyper narrow set bonus (looking at you Unholy Death Knight) Is there enough time to continue iterating? Some of the iterations were excellent (spriest went from pure ST to AoE as well, BDK got clarification, havoc got fixed, etc)

Systems for the endgame:

In WoD 6.2, you reached full level, instantly proceeded to Tanaan, and picked up Relinquished gear (which fell much more than Korthian Armaments!) and you might just begin. Gearing advancement is, in many ways, its own challenge right now. Hyperoptimization resources for certain niches have also proved troublesome. The Islands farm spreadsheet from Battle for Azeroth is an example of this, with the obvious objective of unlocking all Azerite rings for Race to World First players. People duplicated the spreadsheet, but the purpose behind it faded, and guilds that didn’t stand to gain from this very difficult farm bullied their raiders into “filling up the spreadsheet.”

Bloat in the system:

Mandl, Panthea, Wordup, and Guiltyas are class gurus for Wowhead and other services. Our guides provide examples of their work.

You can also follow them on Twitter, along with Shadow Priest class expert, Publik, and hosts, Marcelian & Flame:

The “legendary scrapping wow” is a feature that allows players to scrap their legendary items for crafting materials. Players are also able to pick up loot from other players on the battlegrounds.