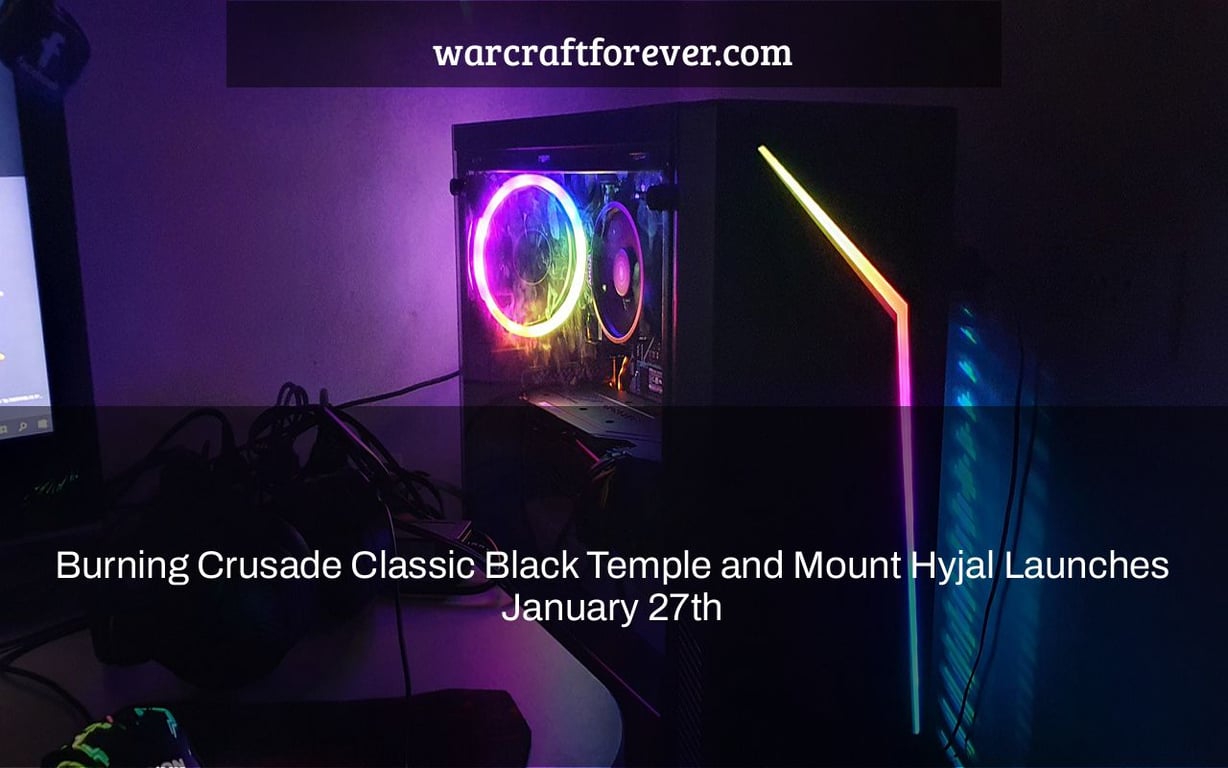 The first raid for the World of Warcraft Classic era, Black Temple and Mount Hyjal will be available on January 27th. Experience one unfold as it was meant to when you take part in this launch event with your friends.

The “tbc classic news” is the announcement of the launch of the Black Temple and Mount Hyjal in a new expansion for World of Warcraft. The new expansion will be available on January 27th.

The Black Temple, the next content update for Burning Crusade Classic, will be released the week of January 17th. The Battle for Mount Hyjal and Black Temple raid instances, as well as a new daily quest center, will be accessible globally the following week, on January 27. Continue reading to learn more about what’s to come.

The following events occurred during the week of January 17th:

Warlock Incubus as a pet

Warlocks will be able to participate in a new quest to learn how to summon the Incubus, a variation Succubus companion.

A new season of PvP has begun.

The 27th of January:

The Battle for Mount Hyjal is a new raid.

Maintain the result of the crucial Battle for Mount Hyjal and guarantee the demon Archimonde meets his demise.

Five raid bosses (Rage Winterchill, Anetheron, Kaz’rogal, Azgalor, and Archimonde) have been added to the game. Tanaris’ Caverns of Time are located here.

To enter the instance, players must be attuned. Read on to learn more about the attunement process. To gain prizes from Indormi in the Caverns of Time, improve your status with the Scale of the Sands.

The Black Temple is a new raid.

Defeat Illidan Stormrage, the Betrayer, atop the Black Temple.

To enter the instance, players must be attuned. Read on to learn more about the attunement process. To acquire prizes from Okuno within the Black Temple, improve your status with the Ashtongue Deathsworn.

In some cases, bosses will drop one more class set token, for a total of three.

Those who desire to take on the two new raid instances must first complete the attunement missions. Each character must complete the needed missions once.

You will be attuned to the Battle for Mount Hyjal raid if you complete the quest “The Vials of Eternity” by fighting Kael’thas Sunstrider in Tempest Keep and Lady Vashj in Serpentshine Cavern.

HOW TO GET INTO THE BLACK TEMPLE

Travel to Shadowmoon Valley and seek out Anchorite Ceyla at the Altar of Sha’tar (for the Aldor) or Arcanist Thelis in the Sanctum of the Stars to earn a chance to battle Illidan Stormrage (for the Scryers). Complete the quests listed below:

Completing “For Akama, it’s a diversion” will award you the Medallion of Karabor, which allows its wearer The Black Temple’s Entrance.

Those who are dumb enough to confront the Betrayer will be met by the Betrayer. You haven’t prepared yourself…