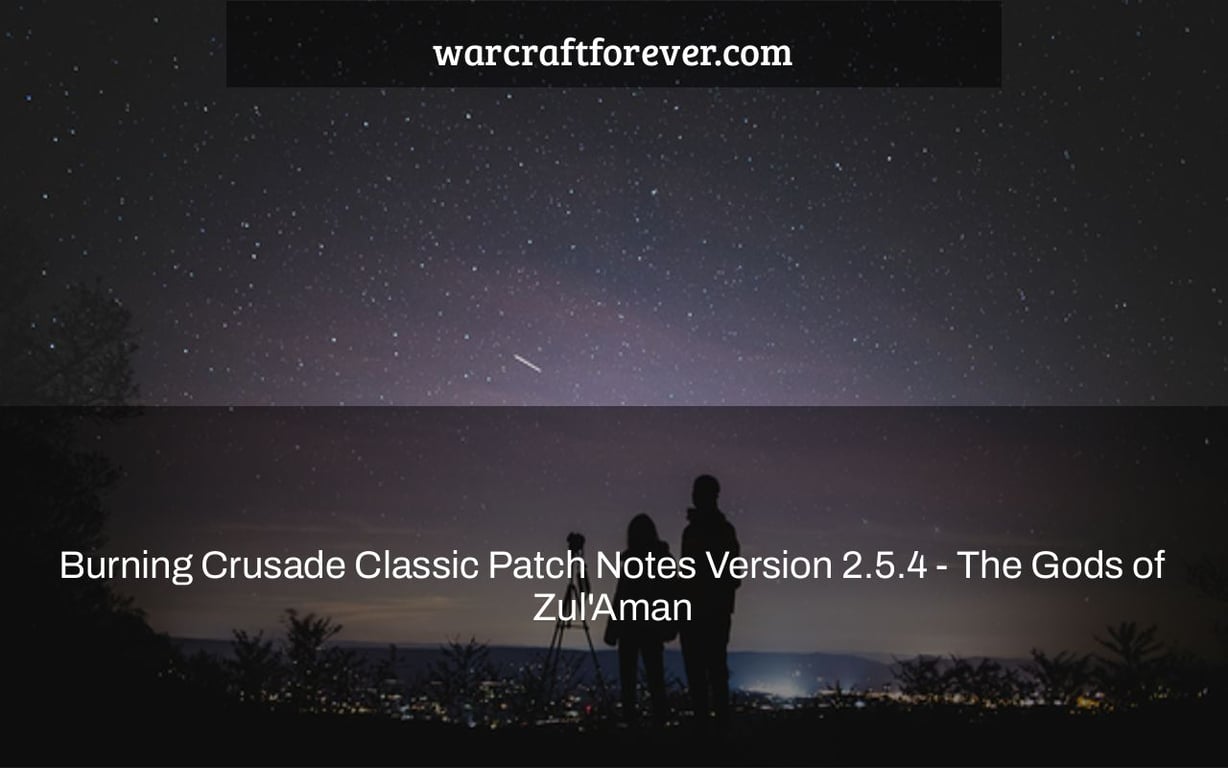 The Burning Crusade Classic Patch Notes Version 2.5.4 for World of Warcraft includes a list of changes and new features in this patch, including the following:
– Added the ability to play through Season One content via LFR or Normal raid difficulty
– Bug fixes

The “tbc classic news” is a patch that was released on the 22nd of June. It includes updated versions of all the content in the Burning Crusade Classic, including The Gods of Zul’Aman.

Zul’Aman is a new ten-player raid. Stop the treacherous warlord Zul’jin from carrying out his terrible retribution at the Amani trolls’ seat of power.

To enter the instance, no attunement is necessary. Zul’Aman is locked out for three days. Amani War Bear is a timed challenge. In Zul’Aman, Zul’jin and his lieutenants are holding many captives. When you join the instance, the Amani will start making plans to end it. You’ll be awarded with an extra piece of treasure and a timed extension if you beat one of Zul’jin’s lieutenants and reach a captive before time runs out. If you save all of the captives, your raid will be awarded with an awesome Amani War Bear mount.

In return for Badges of Justice, G’eras in Shattrath now has new, more potent items to sell. Outland faction dealers may now sell Greater Drums, Knothide Quiver, and Knothide Ammo Pouch. The Nether Vortex and the Primal Nether are no longer soulbound. G’eras in Shattrath may sell you Nether Vortex for Badges of Justice. Epic gems may now be stored in Magtheridon’s Black Sack of Gems and Jewelcrafter’s Brilliant Glass.