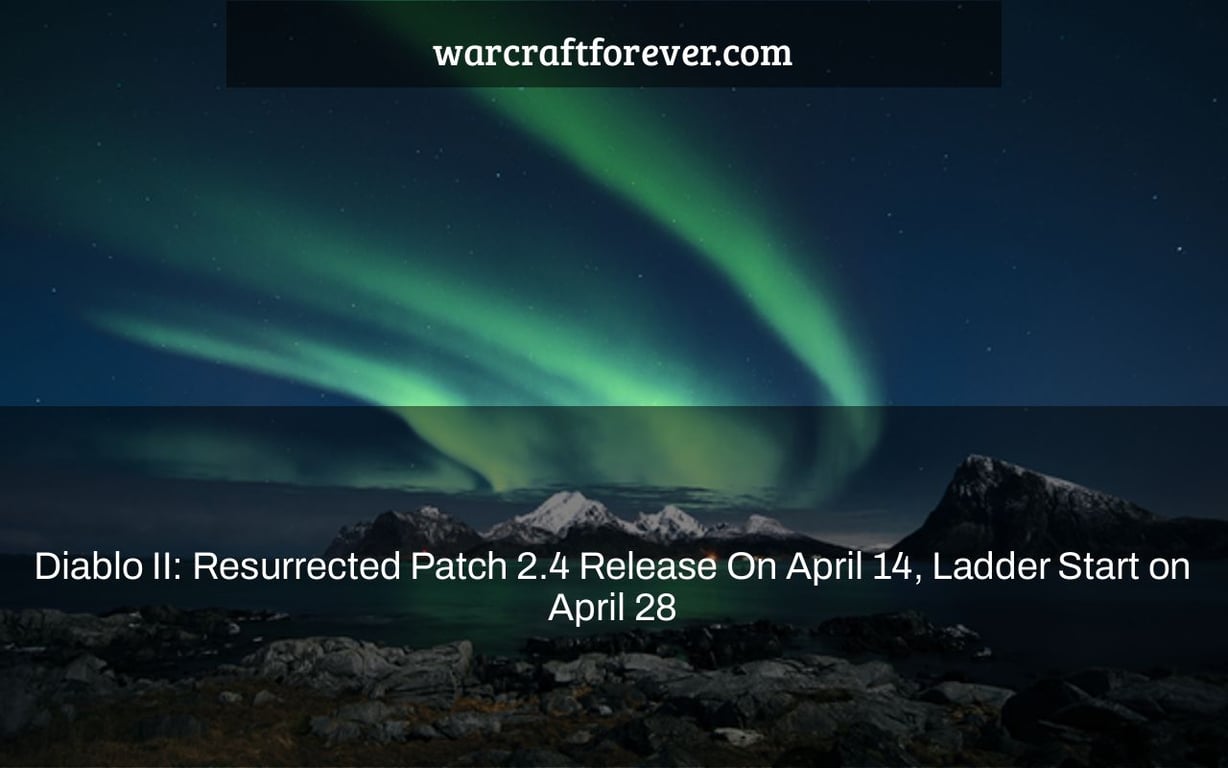 The second patch in the Diablo II: Resurrected add-on makes changes to all game systems, including some new content. Plus, a few bonuses for players who have been playing since launch.

The “diablo 2 resurrected patch 2.4 release date” is the launch date for the next update of Diablo II: Reaper of Souls. The game will be released on April 14, 2018.

We wanted to provide the Diablo community an update on the latest with the 2.4 balance revisions patch and the start of our first Ladder season. First and foremost, we’d want to thank everyone for their input and testing over the previous several weeks while we fine-tuned the database, server, and balancing adjustments that will be included in this D2R release (Diablo 2: Resurrected).

We had hoped to release this update before the end of the month, however we ran into some difficulties. I understand if your initial thought is “HERE WE GO AGAIN!” which is very understandable given how difficult it has been to perfect this upgrade for Ladder. However, we wanted to clarify some of the factors that led to this change in dates, as well as provide you with information about the new projected release of 2.4 and the start of Ladder, so that players have ample time to prepare for the race that happens at the start of each Ladder season.

So, what went wrong here? We’ve been working on substantial upgrades to the game’s backend and database services, as you may remember. The team has been integrating these upgrades to the server and database over the past several months, leveraging lessons learned from the PTR (Public Test Realm) and the tremendous assistance offered by the community throughout the testing rounds. We experienced some lengthy D2R outage last week to deploy the last round of improvements from our PTR to production systems. Unfortunately, we stumbled across a number of showstoppers during this upgrade that did not exist on the PTR but were present in production situations. As a result, we had to prolong the maintenance in order to roll back the modifications and get the game back up and running without affecting users.

What exactly were these show-stealers?

We had an issue where a large number of stashes failed to convert appropriately. Unfortunately, the database did not transfer to the new format, and it was not visible in the PTR until it was pushed to Production. This was owing to the fact that PTR testing was new to the game.

In production, there was a missing index on the database, which caused things to run substantially slower, however this was not evident on PTR. This resulted in a gradual increase in the number of people participating and the production of games. We were able to add the index, however it took some time to review the database performance and make sure there were no new slow areas.

Finally, since PTR was a single regional database, we had a few more database problems on production, which has numerous regions and didn’t reveal some of the faults we were experiencing. Thankfully, since there will be several regional databases in the future, this will be resolved in future PTRs.

The team has been able to discover and resolve all of these problems since last week’s maintenance; on March 29, we will perform another maintenance for D2R to put these modifications into production. For these adjustments, we anticipate a six-hour delay. These upgrades will help us to have a better experience under peak loads, when we would otherwise have to depend on longer wait times and higher rate restrictions on gaming sessions due to excessive traffic.

We should be able to send 2.4 out to users with that maintenance and further PTR. 2.4 is set to be released on April 14th, with Ladder following two weeks later on April 28th.

Again, we regret for the delay with this release; however, we want to make sure that the first-ever D2R Ladder season is run in the most optimum and equitable manner possible. We have several exciting community activities and ideas in the works for the debut of the Ladder, which we will unveil in the coming weeks.