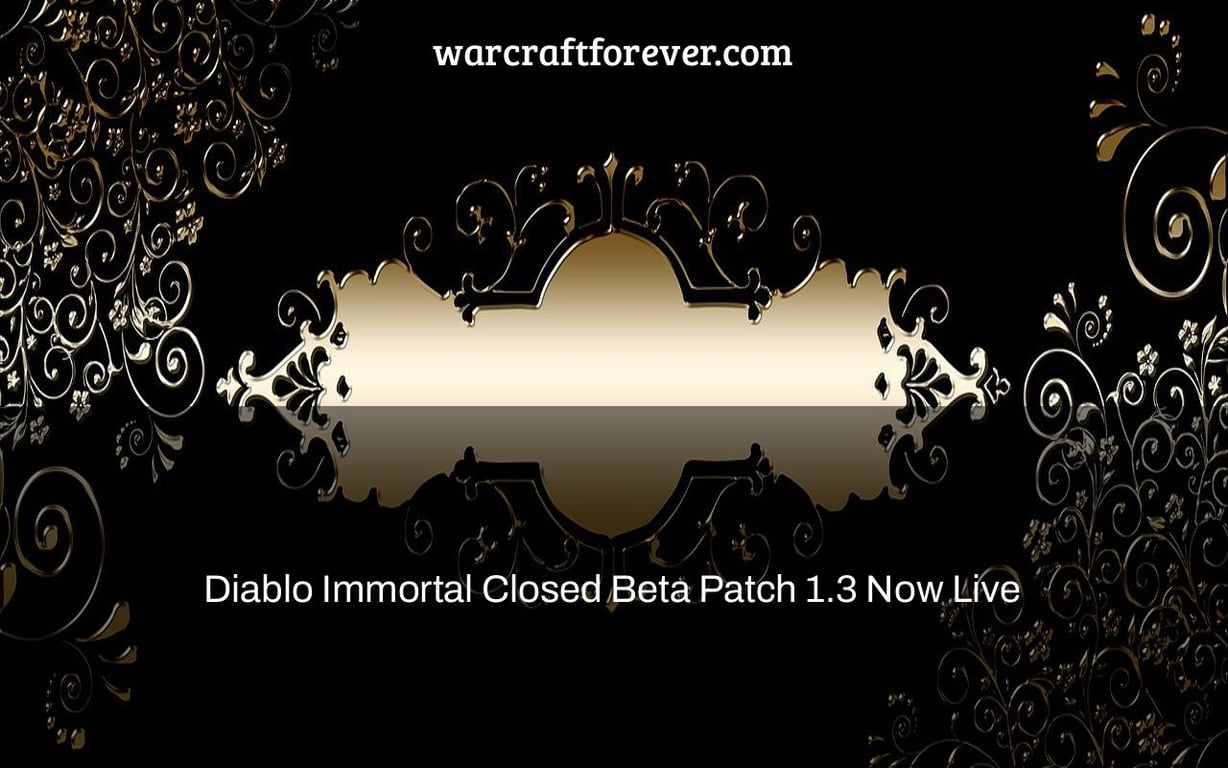 The update made three key changes to the game, including adjustments based on feedback from earlier betas. Players can now search for specific items in their inventory using keywords like “weapon,” “armor” and more. Additionally, there’s a new option that allows players to track how much gold they’ve earned over time. And finally, some systems were adjusted with this patch such as the Conquest system and legendary drop rate.,

A Find a Party NPC is also included in the game update, which will act as a stationary LFG tool. During the final several weeks of the Closed Beta, a party search tool was requested by a growing number of players. The development team took the community’s criticism into consideration and said that this system is still in its early stages of development.

NOTES ON THE DIABLO IMMORTAL CLOSED BETA PATCH AND HOTFIX

A list of hotfixes and updates for Diablo Immortal can be found below. Hotfixes are usually updated more often and correct minor bugs, and they don’t need a significant download to install to the game. Patches are bigger client-side upgrades that need a greater download for users and are often associated with game-changing changes. Before they can continue playing, gamers will need to upgrade to the latest patch. When new patches and hotfixes are released, this list will be updated.

In Westmarch, a new party finding mechanism has been created! This mechanism is designed to assist players in forming groups to do specified tasks (such as running a dungeon multiple times).

Developer Comment: This system is still in its early stages, and we’re seeking for comments to help us improve it.

All players on the server will now get a modest prize if they reach a first-clear milestone on the Challenge Rift leaderboard.

Updates on the Elder Rifts

When you use an Elder Rift, the game will try to recall how many Crests you used before. Players will have the option of exiting the rift or teleporting straight to the Jeweler at the conclusion of their Elder Rift.

Updates on the Horadrim’s Legacy

Legacy of the Horadrim reward chests have been updated to include two new objectives. The initial aim is to have the Aspirant Key chest opening fees scale gradually from one chest to the next, rather than increasing abruptly when changing rooms. The second purpose is to eliminate the motivation to save keys from one day to the next in order to utilize a big number of them all at once. If you have Aspirant keys, it should be advantageous for you to access the first chamber chests every day under the new tuning.

Updates on your abilities

Disintegrate, Ray of Frost, Impale, Bone Spirit, Shield Glare (with Beam of Light), and Wave Strike now do more damage (with Energy Wind). Given the opportunity cost of remaining motionless in battle, these talents should result in increased damage output.

Fixed a problem with the Barbarian’s “Ground Stomp” skill’s range. Fixed an issue that prevented players from progressing the quest “Fahir’s Legacy” when using a controller. During the “Curse of the Scepter” quest, a bug caused players to get trapped after watching the animation. Miscellaneous bugs and other problems were fixed.