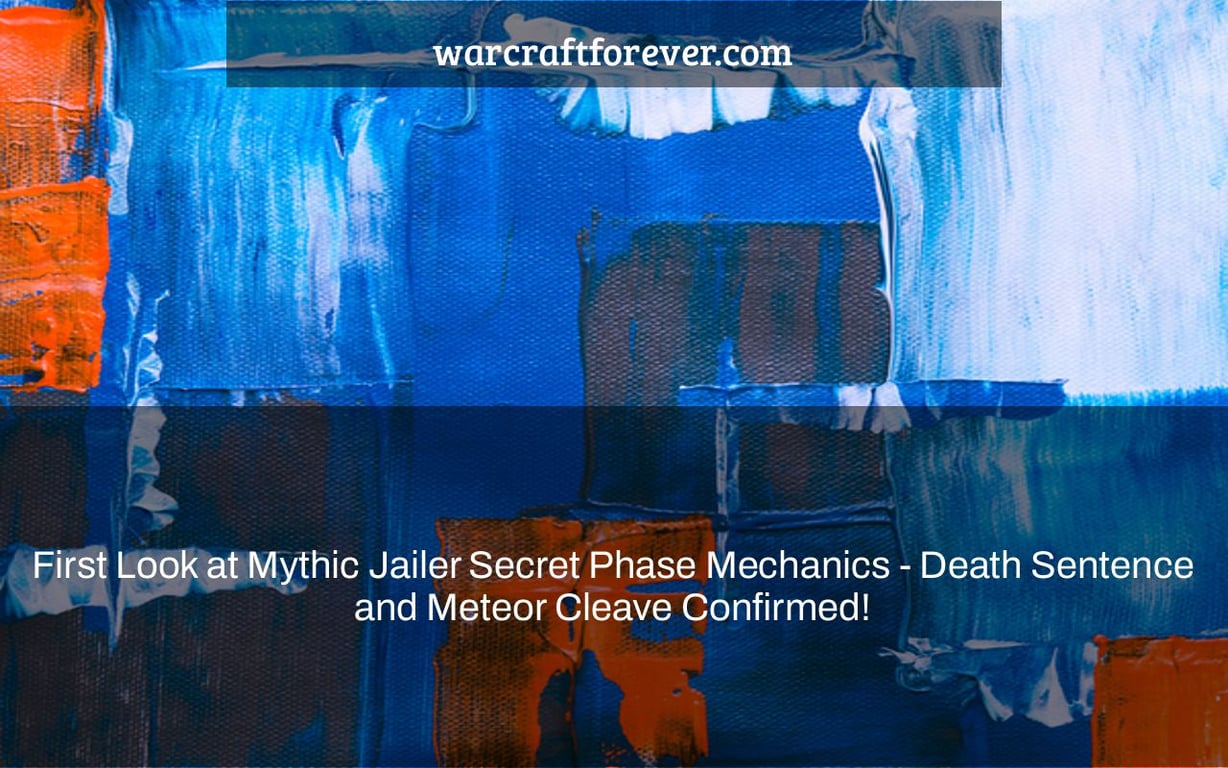 Mythic is proud to reveal the next phase of our highly-anticipated new PvP experience. Death Sentence and Meteor Cleave have been confirmed for this update, as well as a focus on creating more engaging encounters through Secret Chamber mechanics!.

Echo has now seen elements of the Mythic Jailer secret phase, validating the Death Penalty and Cleave of Meteors mechanics that were datamined! Check out what we’ve seen thus far from the Secret Phase!

To view more of the secret phase, tune in to the Race to World First livestream!

Race to the Top of the World’s First Streams

Echo has progressed to the Mythic phase, demonstrating its mechanics!

Death Penalty and Cleave of Meteors are in fact in the phase, as previously anticipated!

The following are the all-new mechanics:

The monster only recovers to 24.4 percent health (rather than 24 percent, which would leave it at 34 percent) with a 6.8 million absorb shield through Diverted Life Shield, as originally projected. However, this still equates to the estimated harm of 37 million dollars.

Because the monster begins at 24 percent, execute might have a big role in the ultimate burn!

Mechanics are making a comeback.

The Mechanics are making a comeback. from other phases are the following:

Previous Defiles, interestingly, do not despawn on the phase change, thus sealing off a piece of the chamber. Furthermore, since there are only a limited number of holes into which the bombs may be jumped, Rune of Damnation portrays an anger on the battlefield.

Death Penalty is a brand new mechanic in the Secret phase. Here’s how this mechanic works:

This causes the phase to get enraged, as the debuff scales enormously with time and eventually dispels.

There are other complexities, such as the debuff inflicting damage, which might create healing issues during the 16 debuff phase, and finding out how to dispel 8 debuffs at simultaneously (otherwise having to stagger them and shorten your enrage timer).

This mechanism seems to be simple. It’s a split damage soak in front of the boss that hits the active tank and knocks them back.

However, based on Echo’s effort, it seems that this CANNOT be soloed, since Naowh attempted to solo the cleave and the raid was killed. This most certainly implies it can’t be done single, and the group will have to absorb it, which may be problematic given how many people are out with bombs at the moment.

It also delivers physical damage, which is unfortunate for priests.

The question then comes to what the enrage of this phase will be. Will it be running out of players to soak the exponential scaling on Death Penalty? Or maybe, they’ll run out of holes to put their Rune of Damnation bombs into?

In the comments section below, tell us what you think of the Mythic phase so far and if you believe the boss will die today.