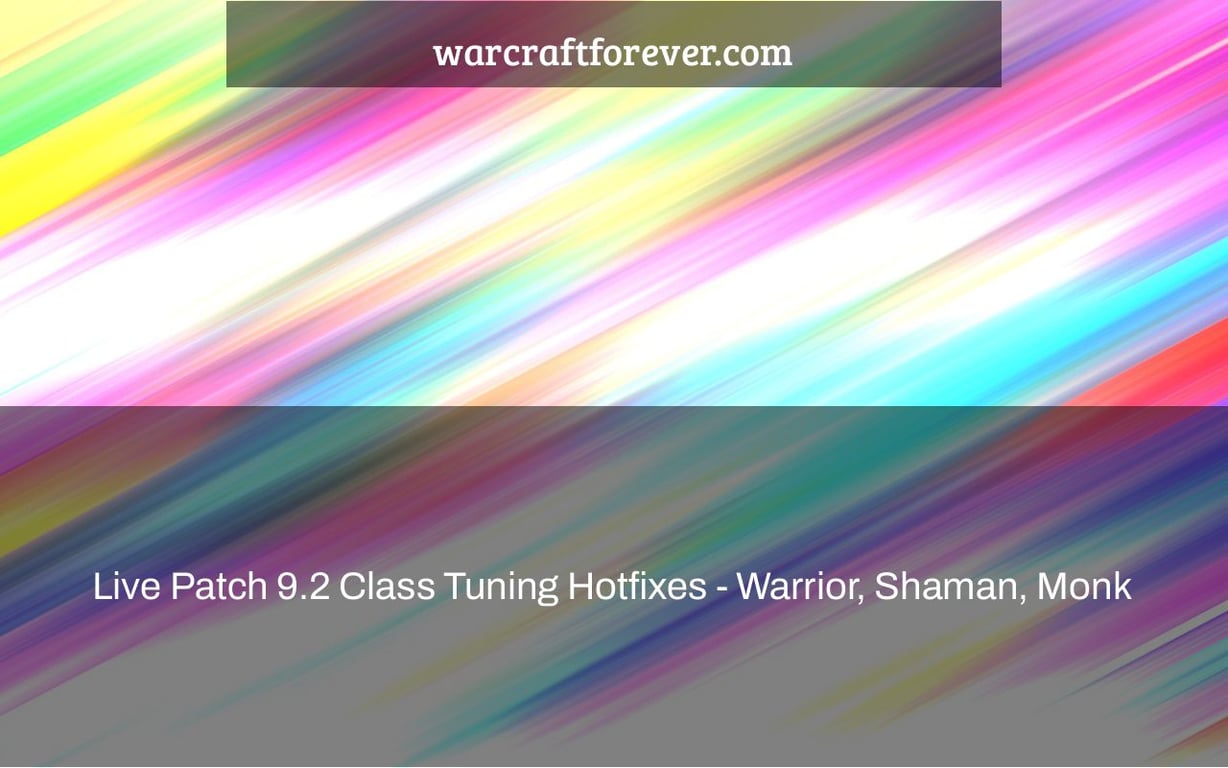 We just released the 9.2 class tuning hotfixes and there are a lot of changes, including new talents for several classes and an overhaul to talent balancing. These changes are live now on our PTR realms so make sure you keep your eyes peeled!

You’ll notice the following changes to Mistweaver Monk, Restoration Shaman, and Protection Warrior as a result of today’s weekly maintenance: