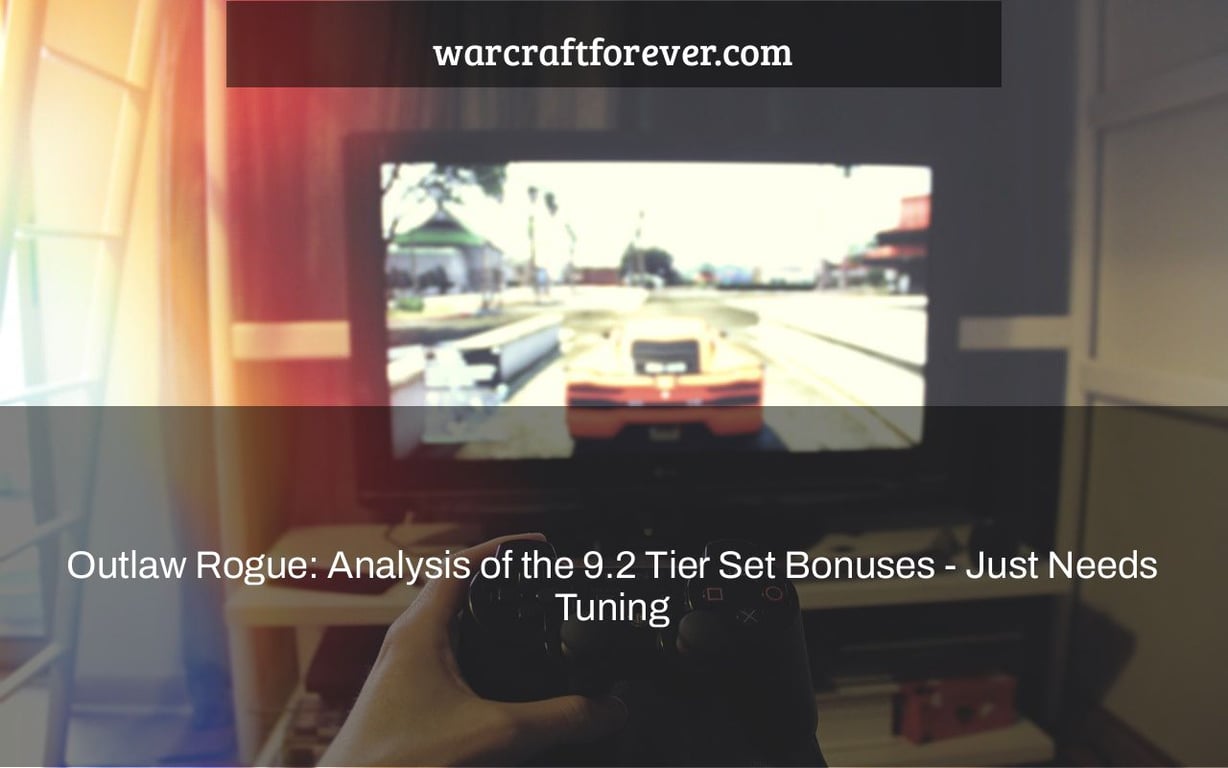 The most popular PvP game for World of Warcraft is Outlaw Rogue. This guide will go over the 9.2 Tier Set Bonuses and talk about what changes need to be made before release for this tier set to reach its full potential.

The first wave of adjustments to the Outlaw tier set has been implemented, and it’s a huge step forward so far. With an essentially non-existent payout of less than 1% dps in the old edition, this version seems to be much better, with simple possible modifications if they chose to modify more in the future. The payout is significantly higher now than before, although it’s still a little weak in my view. To begin with, many of the synergies aren’t as promising as they were when the set’s simulations were created. Because ambidexterity is still a very weak conduit, trying to optimize stats and rotation for Blade Flurry’s inclusion in the core rotation is a waste of time. Other legendaries was the second possible synergy I mentioned earlier. Because to improvements to how the 4 set operates and interacts with Opportunity and Restless Blades, Greenskin’s Wickers is significantly stronger than previously. Also you always receive the legendary’s large Pistol Shot hits, plus it now works with Restless Blades to obtain even more castings of Between the Eyes, which also works well with Resounding Clarity, so it seems like a wonderful deal! Unfortunately, and I hate to be the bearer of bad news, Celerity’s raw output is still too high for the possibly more gameplay-altering legendaries to acquire enough breathing space to be best in slot.

So, with the adjustments, the tier set would gain roughly 5% dps over the 2 set, but only about 3.5 percent over the 4 set. It’s a significant improvement over the prior model, but it still needs a little more oomph. The most significant modification is that it now works with Restless Blades. The set seems quite good after a lot of testing on PTR using training dummies and playing the spec for all raid testing so far. While my first fear was that the two sets being random would be too tough and unpleasant to play with, after playing with it, I can report that my worries have been alleviated. It’s always nice to have more resources, especially combo points, but the 4 set isn’t really noteworthy. It doesn’t seem to be accomplishing anything, but it does provide a lot of CDR, which is fantastic.

Finally, this is a terrific start, and perhaps we’ll see some minor improvements in the future. Personally, I’ve observed that a few people detest how random the set seems, which is weird given the spec they’re building for. Perhaps increasing that 50% into a 100% will make people feel better while also making it a little stronger. The 4 set Between the Eyes proc might possibly get a boost in damage and “reloading” of combo points, similar to Ace Up Your Sleeve from BFA. To truly push the Greenskin’s Wickers ideal, you might have the 4 set guarantee a critical hit for both the Pistol Shot and Between the Eyes casts. Overall, I like the set since it’s entertaining to play with, and there’s still some fascinating design area they could explore to give it a little more oomph.