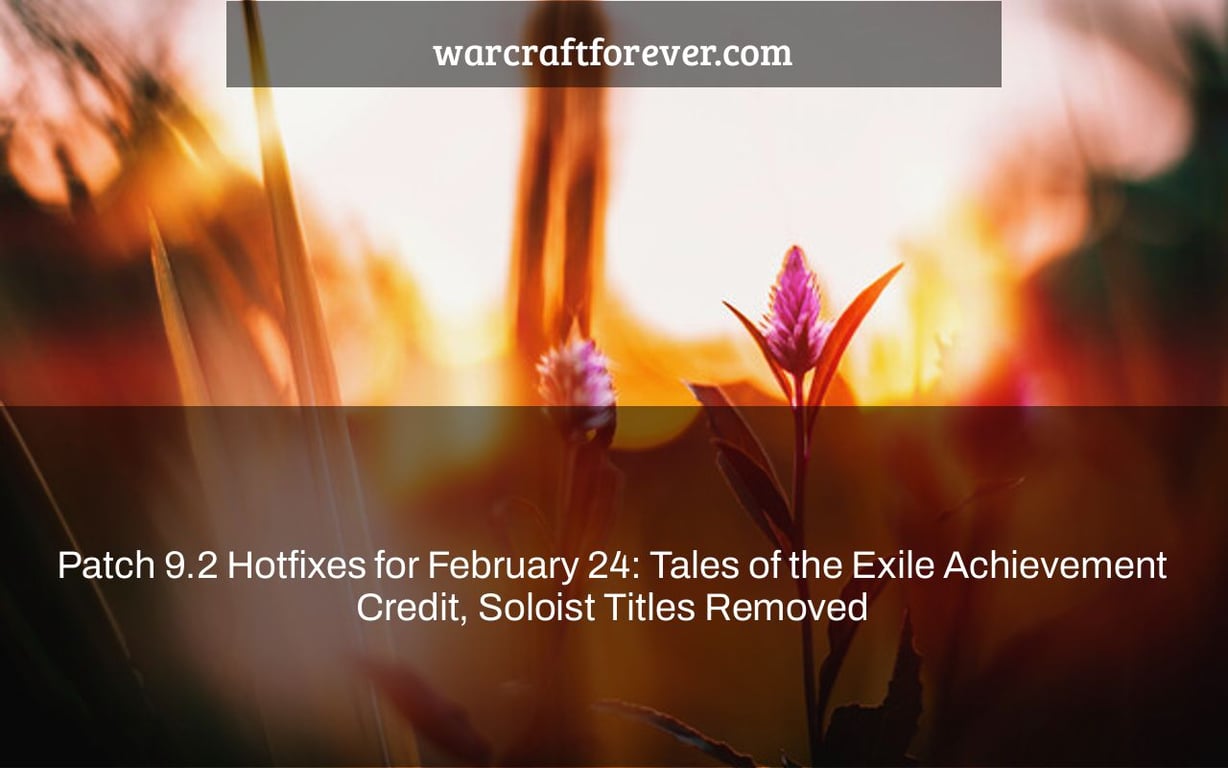 The patch 9.2 hotfixes for the world of Warcraft are now live to bring you a more exciting gaming experience with better chasing and more achievement credit coming your way!.

Players with unclaimed Great Vault prizes won’t be able to get a Mythic Keystone until the following week, thanks to a fix. If you do not get your Mythic Keystone as intended for whatever reason, talk with Ta’hsup in Oribos’ Hall of Holding to get it back. A bug that allowed a Forgotten Treasure Vault to get lodged in a pillar has been fixed. Matches between two players