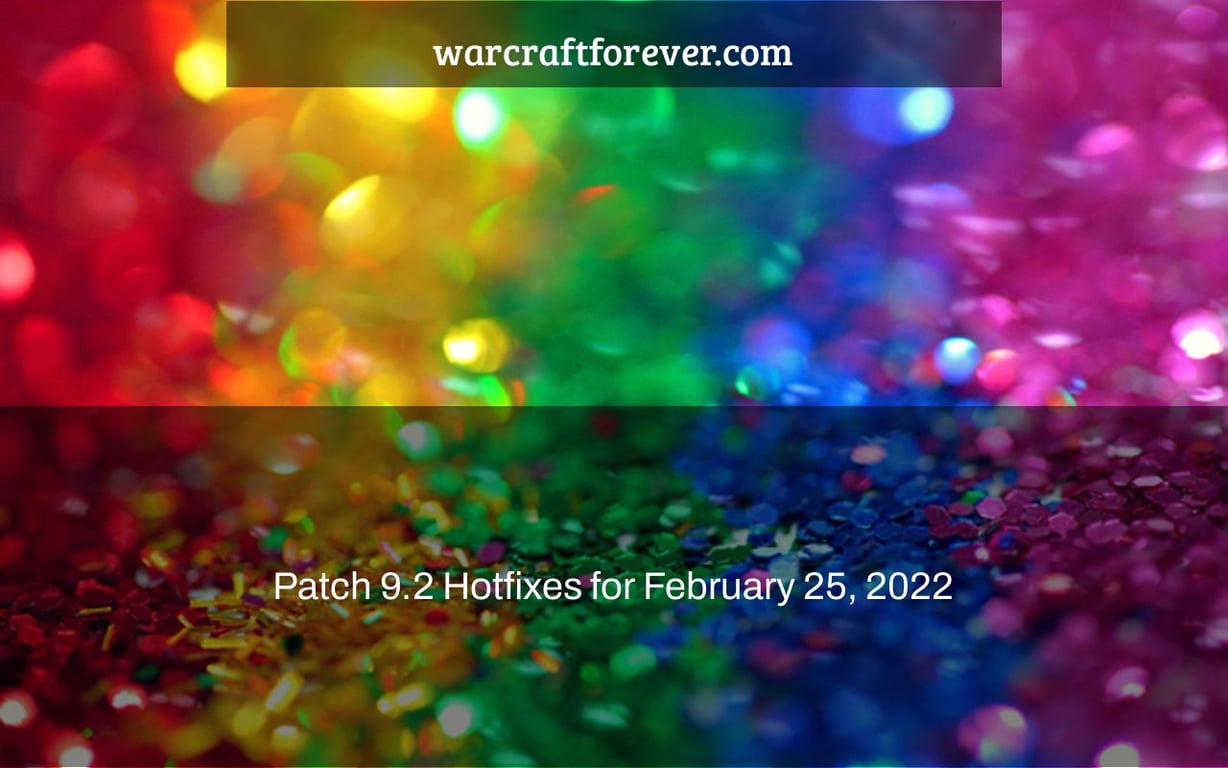 Blizzard released a set of hotfixes for their Warcraft game on February 25th, 2022. In the update, Blizzard introduced changes to class itemization as well as new levels and different rewards.

Items and Bonuses Several Shadowlands dungeon trinkets will be modified as part of next week’s regular weekly maintenance in each region:

Bladedancer’s Armor Kit improved his armor and damage by 25%.

Stoneheart’s pulsating armor, health regeneration, and self-slow duration have all been lowered to 6 seconds (was 12 seconds). Pulsating Stoneheart armor has been boosted by 35%, and life regeneration has been reduced somewhat every tick, although it now ticks for a total of 7 (was 6) ticks on-use.

The Haste offered by the First Class Healing Distributor was scaling erroneously with item level.

Fixed an issue that prevented global missions in Cache of Creation from being completed once the cache was opened. Killing Fel Champion Gargath fast in the “Battle for Highmountain” scenario should no longer prevent the scenario from proceeding.