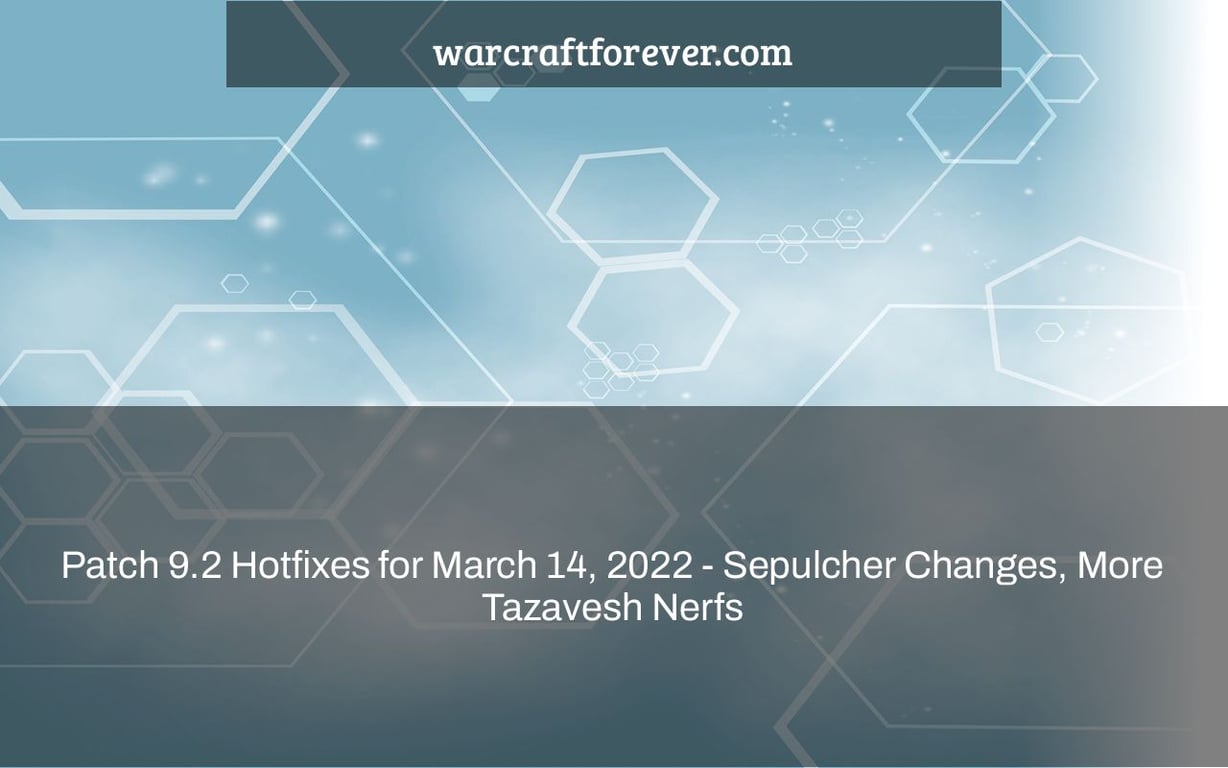 The latest Hotfixes for WoW’s 9.2 Patch update are out, featuring a ton of changes to the Sepulcher Raid and Tazvesh Nerfs in general.

Many new goods are now available at Ko’tul in Oribos.

Note from the developers: These modifications are intended to improve the experience of accessing your Great Vault even if you don’t notice a direct increase in the other goods you may pick from for whatever reason. We’ve also heard that Attendant’s Tokens of Merit, as a consolation award, haven’t been gratifying enough to make up for the annoyance. We’ve increased the amount of Tokens available in Season 3 to match the number of Vault spaces you’ve unlocked, up to a maximum of 6 Tokens every week (from 3 or more unlocked Vault slots). We’re also expanding the vendor’s offerings, including an item that adds a socket to any qualified piece of Season 3 gear.