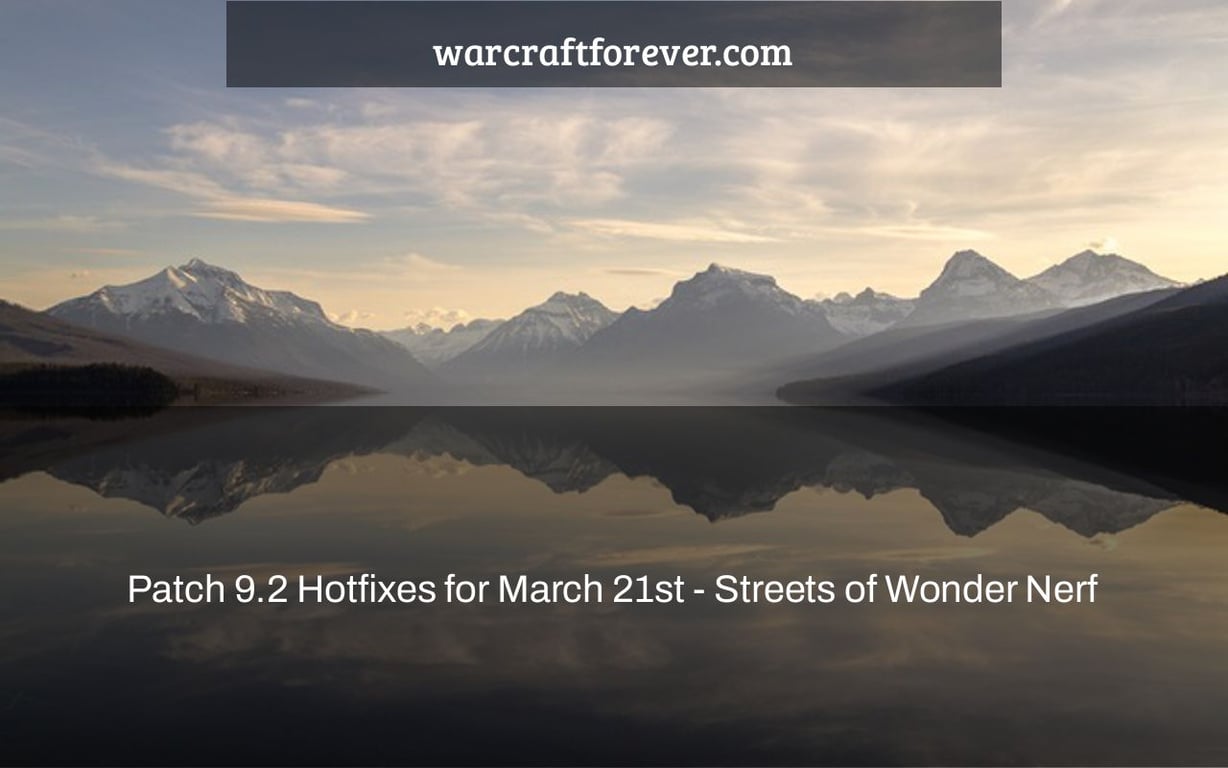 Blizzard has delivered the latest round of hotfixes for World of Warcraft’s Patch 9.2, which are now live on all platforms and refresh every day at 8:00AM Pacific Time.

The “wow hotfixes” are a series of 9.2 Hotfixes released by Blizzard Entertainment on March 21st. The patch has been nerfed and changes to the new areas in World of Warcraft: Streets of Wonder.