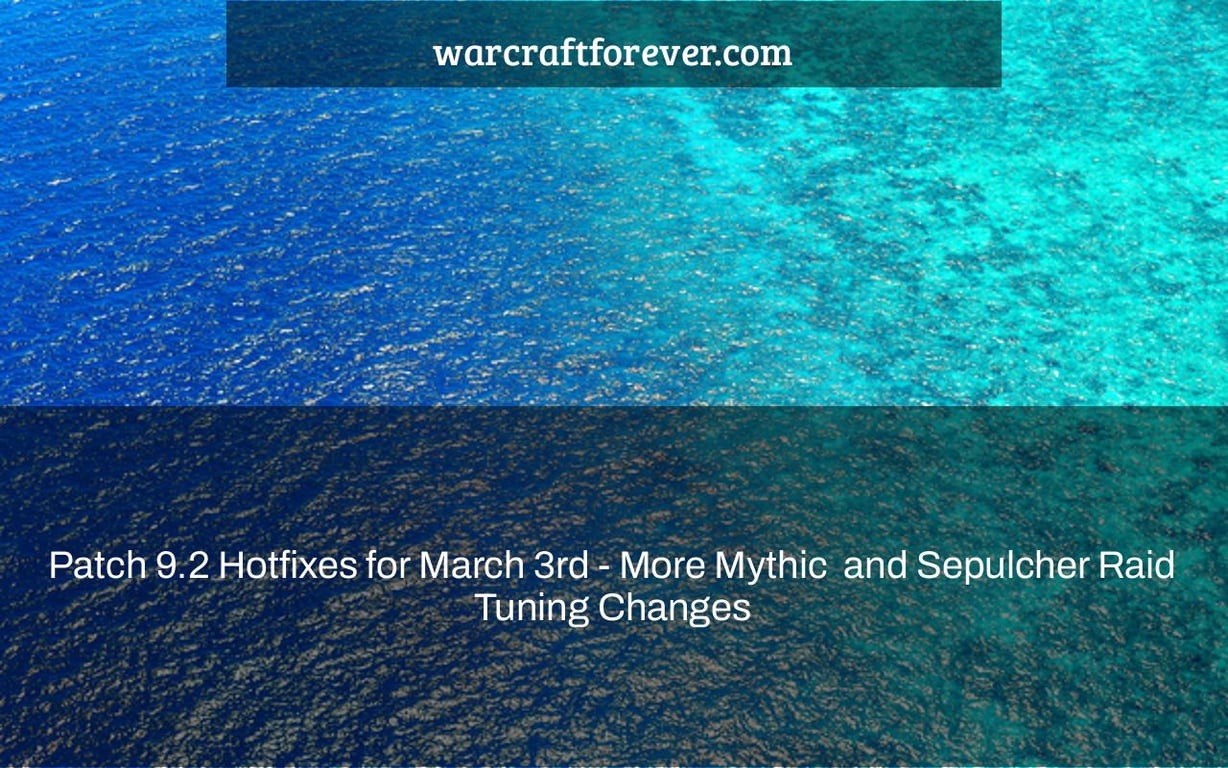 Blizzard is releasing the 9.2 Hotfixes patch to address some lingering issues with Patch 9.1, including a few UI changes and boss tuning for Mythic+ dungeons and The Sepulcher raid dungeon.

The “mmo-champion forums” is a website that discusses all things related to Blizzard’s game. It has recently released the Patch 9.2 Hotfixes for March 3rd, which includes Mythic+ and Sepulcher Raid Tuning Changes.

Pure-Air Sail Extensions’ flying speed was increasing due to a bug. Cast time has been added to Fluidic and Crystallic Spheroids. Fixed an issue where Iska, Outrider of Ruin, High Reaver Damaris, and Reanimatrox Marzan in Zereth Mortis were not dropping Interrogator’s Vicious Dirk. Battles of Pets

The “wow hotfixes” is a patch that was released on March 3rd. This patch contains more Mythic+ and Sepulcher raid tuning changes.