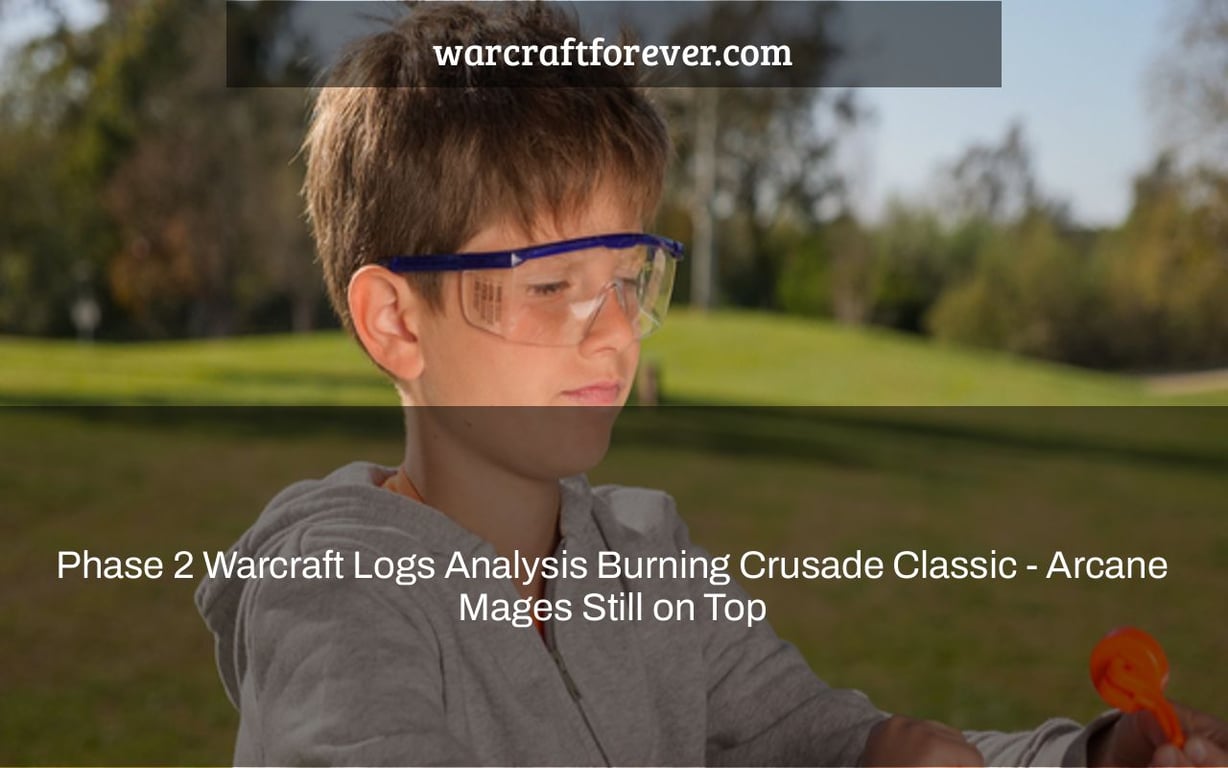 In this analysis, we take a look at the most successful classes of each expansion by going through all possible combinations of spells and abilities. The different classes in WoW have evolved drastically over time and it’s interesting to see which ones are still consistent while others have fallen out of favour.

The “tbc arcane mage stat weights” is a phase 2 analysis of the Warcraft logs from Burning Crusade Classic. The results show that arcane mages are still on top.

We’ve obtained a summary of the tier 5 raiding DPS rankings today. There is less variety in the absolute highest parses and greatest damage done than there was in tier 4. Over half of the top 200 slots in both Tempest Keep and Serpentshrine Cavern belong to Arcane Mages. Destruction Warlocks, Fury Warriors, and both Survival and Beast Mastery Hunters compete for the remaining seats. For this investigation, we utilized data from the Serpentshrine Cavern and Tempest Keep Statistics pages, which were viewed on 1/26/2022 for both Phase 2 and Phase 2.5.

The data for DPS ranking is taken from the Warcraft Logs Serpentshrine Cavern & Tempest Keep Statistics Page for the 95th percentile. There are a few things to take into consideration before we delve into the data:

Phase 2.5 Boss Damage in Serpentshrine Cavern and Tempest Keep Similar to the conclusion of tier 4 content, Arcane Mages continue to prove their superiority in damage output. Arcane Mages provide both single-target and multi-target damage with Arcane Blast and Arcane Explosion, making them a full package. They would not be where they are without their support classes, as would all top-performing solo damage dealers. Shamans, Druids, Priests, and others are needed by Mages, Hunters, Warlocks, and Warriors to allow that incredible damage output.

While Arcane Mages have the most potential damage output, they will need more help to achieve it. Innervates and Power Infusions are known to be sponges for Arcane Mages, and a Mage without them would not function as effectively. This explains why raids don’t tend to stack an excessive amount of mages, since the buffs they need can’t sustain too many.

The Shadow Priest and Elemental Shaman are two of the worst-performing support roles in terms of individual damage output, yet every competent raid includes at least one of each for the very useful debuffs they deliver. In an ideal raid configuration, support classes like Arms Warriors, Combat Rogue, Enhancement Shamans, and others should only have one or two members – just enough to offer the buffs and debuffs you need.

On December 14th, Blizzard decided to nerf a lot of the content in Serpentshrine Cavern and Tempest Keep. Because the nerfs were so significant, Warcraft Logs decided to examine pre-nerf and post-nerf parses separately. Many boss powers were changed or deleted, including Lady Vashj’s ability to mind-control players with Persuasion. Massive health nerfs of up to 40% were also applied to bosses, resulting in much quicker kill times.

It wouldn’t be fair to score pre-nerf parses versus post-nerf parses because of shorter kill times and less mechanics to worry about, which is why Warcraft Logs distinguishes between “Phase 2” and “Phase 2.5.” These are the boss health decreases that were implemented in Phase 2.5:

Surprisingly, this has little effect on who is at the top of the damage dealing rankings between Phase 2 and Phase 2.5. Mages are at the top of both lists, with Warlocks, Hunters, and Warriors following closely after. Higher damage per second statistics are undoubtedly conceivable in Phase 2.5, although Phase 2.5 records are actually lower than Phase 2 records.

Many players interpreted the promised nerfs as a “break,” and were less driven to do all they could in easier levels to deal as much damage as possible. Another important factor in achieving records like this is luck: a high number of crits distinguishes a decent parse from a fantastic parse. Players just had more opportunities to get an extremely fortunate parse and establish records during Phase 2 since it lasted considerably longer than Phase 2.5.

When Black Temple and Hyjal are released, I’m sure everyone will be back at it, vying for the title of best damage dealer in one of the most memorable raids in the Burning Crusade!

Some players want to compete in boss parses and boss damage, while others prefer to compete in raid speed clears. They compete to clear the raids as quickly as possible, and inflicting damage is undoubtedly a big part of it. Damage to bosses is equally as important as damage to garbage in speed runs. No one is waiting for cooldowns to get ready for each pull, unlike boss parsing.

When looking at the raid composition of the top 5 speed clears of Tempest Keep and the top 5 speed clears of Serpentshrine Cavern in Phase 2, Warlocks account for a whopping 23.6 percent of all players, with Shamans coming in second at 20.4 percent. Almost every run contains precisely three Mages, and every run has exactly two Priests – one Shadow and one Holy or Discipline healer.

Do you believe Mages and Warlocks will dominate in Black Temple and Hyjal, or will Warriors and Rogues use the strength of the Twin Blades of Azzinoth to break through to the top? Let us know what you think in the comments section!

Simonize has been a Rogue for a long time, having played Vanilla, Burning Crusade, and Wrath of the Lich King. He is the inventor of two rogue damage modeling spreadsheets, one for Classic and one for The Burning Crusade, and is mostly focused on PvE. You may join Simonize’s Discord or follow him on Twitch and Youtube if you like his work.

The “arcane mage stat priority pvp” is a phase 2 Warcraft Logs Analysis that has been released by the Burning Crusade Classic. The analysis shows that arcane mages are still on top in PvP and other classes need to improve their stats.