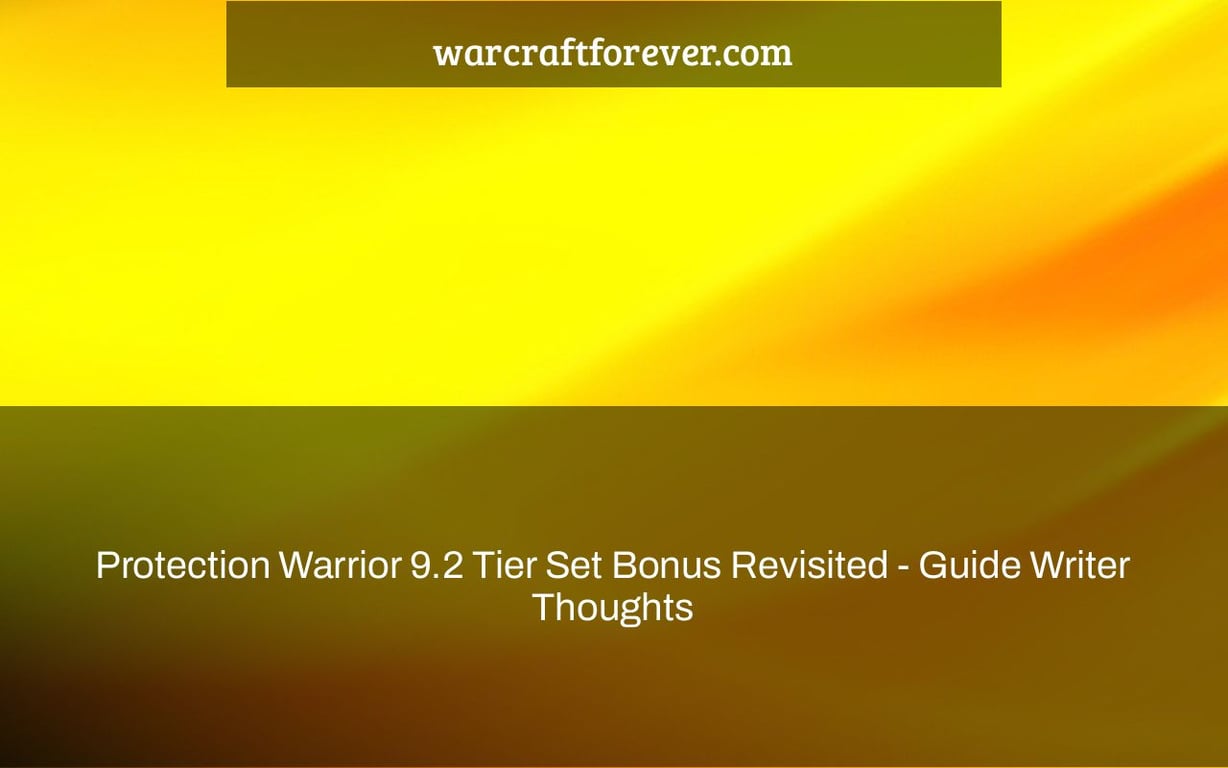 Protection Warrior Tier 9.2 is a set for both Protection Warriors and Arms Warriors, with only one Bonus ability. What can we expect from the new tier? What would you like to see as part of this set? Let us know in the comments below! 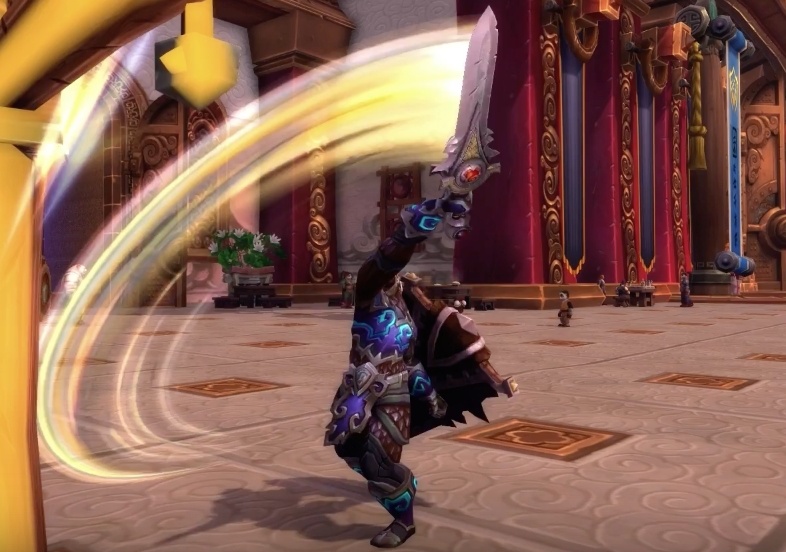 Llarold compares the Tier Set bonus to that of other tanks, as well as some of the present worries and issues that will be addressed in the future.

When the Patch 9.2 tier bonuses were first revealed, it looked that virtually all of the tank benefits were geared more towards Mythic+ than raids. The lone standout was Protection Warrior, with steady, powerful benefits that are effective in every circumstance.

Burst damage and Rage production are added to Avatar with the 2-piece boost, while damage reduction is added with the 4-piece benefit. This also drives players away from the safe-but-boring Heavy Repercussions playstyle and smooths out a lot of the defensive problems that come with it. This is fantastic. It everything seemed to be fantastic.

Unfortunately, multiple overlapping faults and design issues severely restrict the usefulness of both the 2-piece and 4-piece bonuses, and merely addressing the bugs will not be enough to make this set work properly.

Bugs are a nuisance.

While attempting to test, the first problem on the list kept triggering. It made testing much more time consuming than it needed to be.

Let’s have a look at the design flaws now.

The Numbers Are Our Allies

Every time you expend 240 Rage, the 2-piece activates. This indicates that it is triggered every 24-30 seconds. It offers an additional 1-1.25 Rage per second and 300-360 damage when used on Shield Slam, as it should almost always be. That’s a 4-5 percent increase in single target DPS for a fairly good player. For a two-piece, it’s rather nice.

The four-piece addition adds to the confusion, and not in a good way. You don’t want to let Avatar cooldown while you’re using Anger Management, but utilizing Avatar while you have stacks of the 2-piece wastes them. If you have a lot of stacks, spending a little Anger Management could be worth it, but in general, you’ll waste a lot of 2-piece stacks if you use this perk.

If Anger Management has a 45-second cooldown (which is a plausible assumption), you’ll gain an additional 2-piece proc every 45 seconds, worth about.667 Rage/sec and 200 DPS, or around 2%-2.5 percent ST DPS. This is enough to make up for the wasted 2-piece stacks, but it’s not much of a benefit if the waste is taken into account. The relationship between the tier sets seems like a snake devouring its own tail.

On the defensive side, the second component of the 4-piece bonus: “Avatar enhances your damage done by an extra 10% and decreases your damage absorbed by 10%” is fantastic. Anger Management’s offensive component is worth around 4% extra damage in both ST and AoE, with an average uptime of 45-50 percent.

These figures are unimpressive when compared to other tank bonuses, particularly because 4 percent additional damage on a Protection Warrior is substantially less than a similar amount of damage on most other tanks. Worse, both the 2-piece and 4-piece’s direct interactions with it only enhance DPS on a single target. The amount of rage generated by being autoattacked is larger in AoE, but not by enough to have a significant impact on balance. The Thunder Clap 2-piece bonus adds insufficient damage and Rage to make it worthwhile to use. Even in AoE scenarios when a single Thunder Clap cast may cause more damage than a single Shield Slam, the additional 30 Rage can be used to cast Revenge, which will inflict far more damage than spending the bonus on Thunder Clap. The 2-piece should only be used on Thunder Clap if you require the AoE slow.

Only use the 2-piece on Ignore Pain if you need the additional 50 percent RIGHT NOW and can’t wait even 1 second to gain more value out of Revenge. Nothing like this should ever happen. If it does, you’ve already committed much more serious errors than just squandering your 2-piece bonus.

Is it possible to fix it?

Absolutely. There are various methods to make this set of bonuses perform far better than they do now, and I’ll only highlight the ones that I believe are the most effective.

Change the 2-piece to allow for the stacking of the 8-stack buff when an Empowered Shield Slam buff is active but not yet spent. This reduces the amount of garbage generated by the 4-piece bonus. To compensate for the waste from the 4-piece, reduce the stack count of the 2-piece from 8 to 6. Allow a free Ignore Pain boost to be gained by triggering the 2-piece bonus (potentially at 50 percent effectiveness).

Throughout the Shadowlands, Protection Warrior’s defensive powers have been variable. They’re decent in certain instances (e.g., blockable assaults), but not so much in others (i.e., unblockable damage). This tier set has the potential to provide the class’ defensive and offensive kit some much-needed consistency, but it will need more attention from Blizzard in it to work properly.

Protection Warrior’s damage output has been lackluster throughout expansion, and although this combination of tier enhancements has the potential to be an effective band-aid on both of those concerns, it’s nowhere near there yet. The good news is that it’s fixable, and if the Brewmaster Monk 4-piece is any indicator, the programmers are listening and acting, so I’m still optimistic that this tier set will be changed. The basic concept is sound, and with a few major adjustments, this might be a fantastic set of advantages for a standard that could need a lift.