You are here: Home / Warcraft / PvP with the Blues on Friday, January 28 – 9.2 Solo Shuffle and Maldraxxus Coliseum 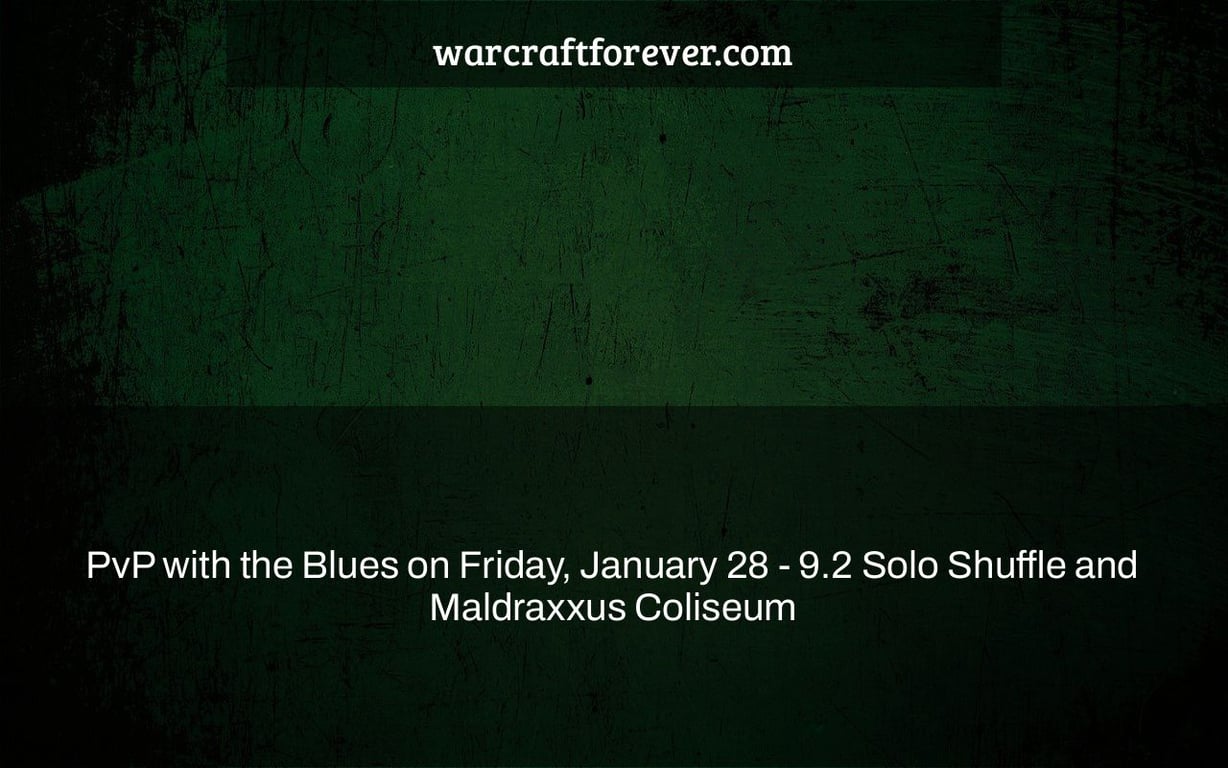 The blues have been pushing their claim as the best team in Northrend, but they might be met with a stiff challenge this Friday night. On top of being on stream, we’re hosting an epic PvP showdown featuring players from all over Azeroth! This is your chance to join us and fight for glory for our version of supremacy–one match at a time!

Come playtest the new Solo Shuffle Brawl that will be included in the 9.2 Eternity’s End update with members of the World of Warcraft development team on the Broxigar PTR world on Friday, January 28 at 2:00 p.m. PST! Six players (two healers or tanks, four damage dealers) compete in explosive 3v3 Arena bouts in the Solo Shuffle brawl. As the name says, you may only queue for this battle by yourself, and participants will be swapped between sides after 6 rounds of arena matches. Please see our Solo Shuffle page for additional information on the design: Preview of Eternity’s End: Shuffle by yourself All arena players will be placed in the new 9.2 Arena – Maldraxxus Coliseum for this PTR playtest. This configuration is just for PTR testing; once enabled in 9.2 Eternity’s End, the Solo Shuffle Brawl will choose a random arena map. Starting at 2:00 p.m., we’ll be queuing for Solo Shuffle: Maldraxxus Coliseum until 4:00 p.m. Log into the PTR and open Group Finder (default hotkey: I then pick the Players vs. Player menu, then Solo Shuffle: Maldraxxus Coliseum, then click Join Battle. Please report any issues and comments in the following post after playtesting with us: Input on Solo Shuffle BrawlWe hope to see you on Friday on the Broxigar PTR realm, and we appreciate all of your testing and feedback!