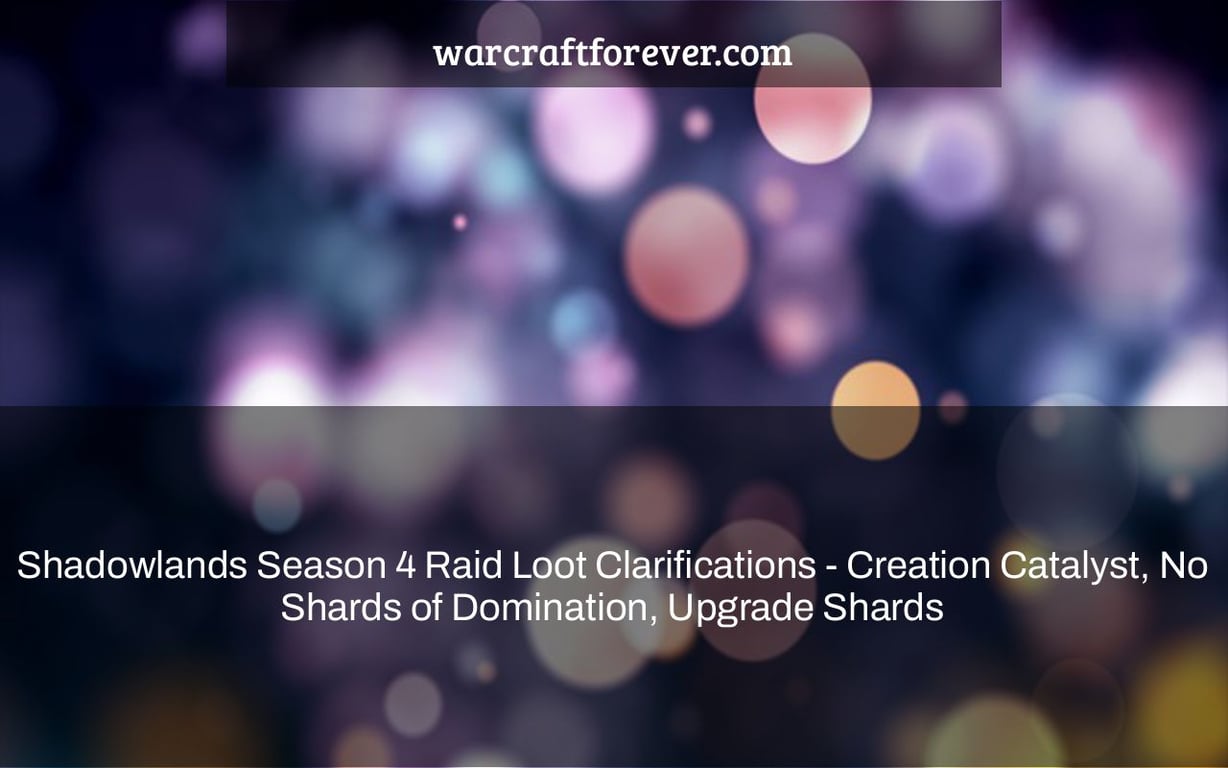 Blizzard has clarified that the season four raid will drop Creation Catalyst and No Shards of Domination, but it will be impossible to upgrade these items into a full shard.

I’m just stopping by to address a few frequent questions I’ve seen, then I’ll go back to combing. I’d want to keep my comments to the Raid prizes as detailed as possible in this post: What’s the deal with Tier Sets?

In addition, the World Boss associated with the current Fated raid will be scaled up – more challenging and dropping ilvl 285 Fated gear. Why are just weapons and trinkets available?