You are here: Home / Warcraft / Stormwind and Orgrimmar 9.2.5 Updates – What Are The New Stables and Workers in Capital Cities For? 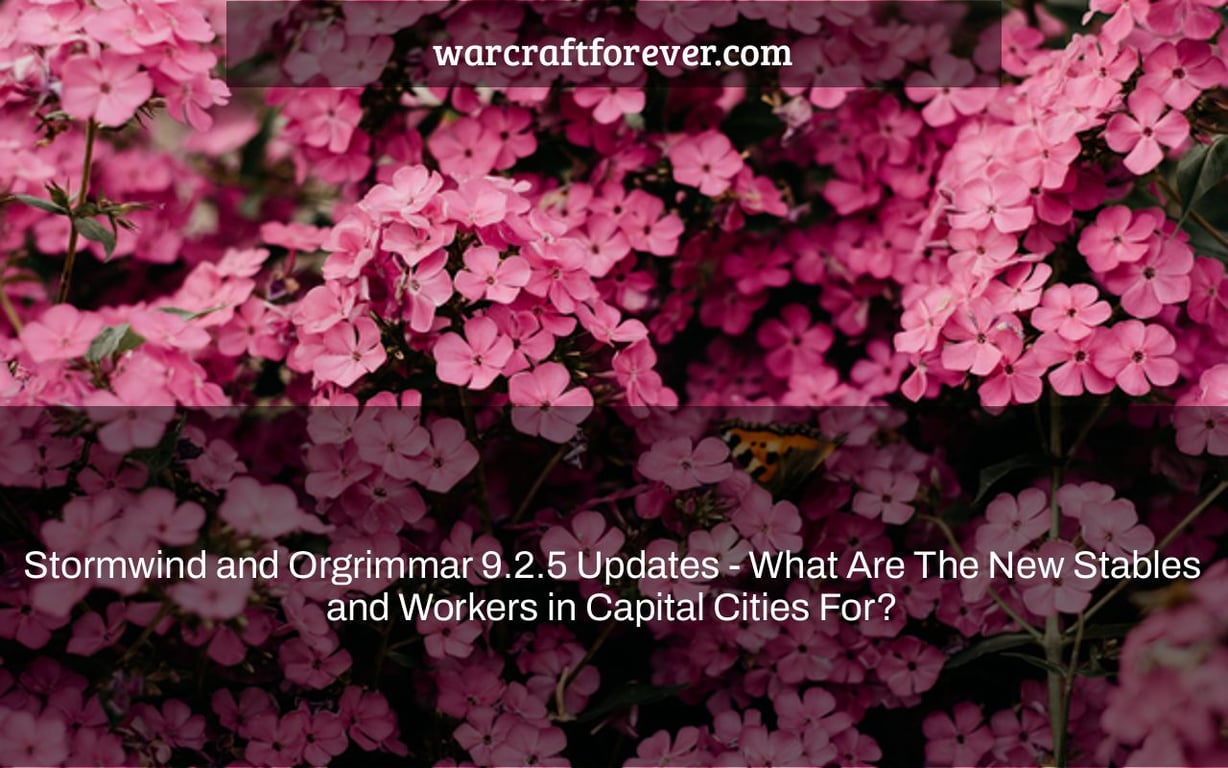 Stormwind and Orgrimmar have been updated to 9.2.5, which brings a new stable of mounts as well as introducing the mobile worker feature in capital cities. What is the significance of this update?

Dataminers and testers have discovered various modifications to existing zones in Azeroth after the release of patch 9.2.5 on the PTR. Steve Danuser, for example, has previously verified that the datamined alterations to the map of Tirisfal Glades had something to do with Calia Menethil, the Forsaken, and others.

The inclusion of stables in Orgrimmar and Stormwind City, as well as laborers who seem to be working on something else, has been a particularly puzzling shift.

New Horse Stables have been added to the Mage Quarter in Stormwind and the Valley of Strength in Orgrimmar. The reason for their addition is not yet clear.

Stormwind and Orgrimmar have the same areas on live servers.

The stables aren’t the only mysterious additions to these areas. Each also has a Goods in Wagonloads nearby, filled with decorative odds and ends.

Finally, each location has a new NPC who offers a brief questline, which involves gathering employees and putting them to work creating… something.

Workers in Capital Cities: The 9.2.5 Story

Something is clearly going on, but what it is remains a mystery. According to the questgivers,

There isn’t much to look at right now.

While we can’t say for sure without additional information, we can guess on what these additions to the Capital Cities represent.

Because we’re receiving beautiful new dragon rides in Dragonflight, it’s tempting to imagine these stables were built just for them. However, given it has been announced that the dragonriding system would only be accessible on the Dragon Isles, this makes little sense. After all, they don’t exactly scream “appropriate Dragon stables.”

Another intriguing possibility is that the long-awaited player housing is included. A small home would fit nicely into each area that the employees are working on, and neighboring stables might be used to display horses, similar to how stables functioned in Garrisons. The wagons, particularly the Alliance wagon, are also stuffed with goods that seem to be ornamental.

Unfortunately, as entertaining as that copium is, Ion Hazzikostas has previously confirmed that Player Housing will not be included in Dragonflight. However, he has said that they want to execute it, but that it will be a project that would “span numerous expansions.” Perhaps these workmen are constructing homes; nonetheless, it will take a very long time.

Another theory is that these individuals are working on a project related to Kul Tiras and Zandalar. The Alliance task giver makes it apparent that she’s working on a construction project with the items and is following the Seabraids’ directions, which reminds us of the Seabraid Stallion, the Kul Tiran themed mount from the Battle for Azeroth collector’s edition. “Horses in the Kul Tiran military are raised from an early age not to fear the water, and relish in racing down the coastline and through the spray,” according to the taste tesk. Meanwhile, the Horde task giver cites Zen’kala, an unknown figure. Zen is a Zandili term that meaning Druid, according to the Zandali Wowpedia entry, and is typically a prefix applied to a name when they become one.