You are here: Home / Warcraft / The Jailer Encounter Spoilers – Death Comes for the Soul of Your World! 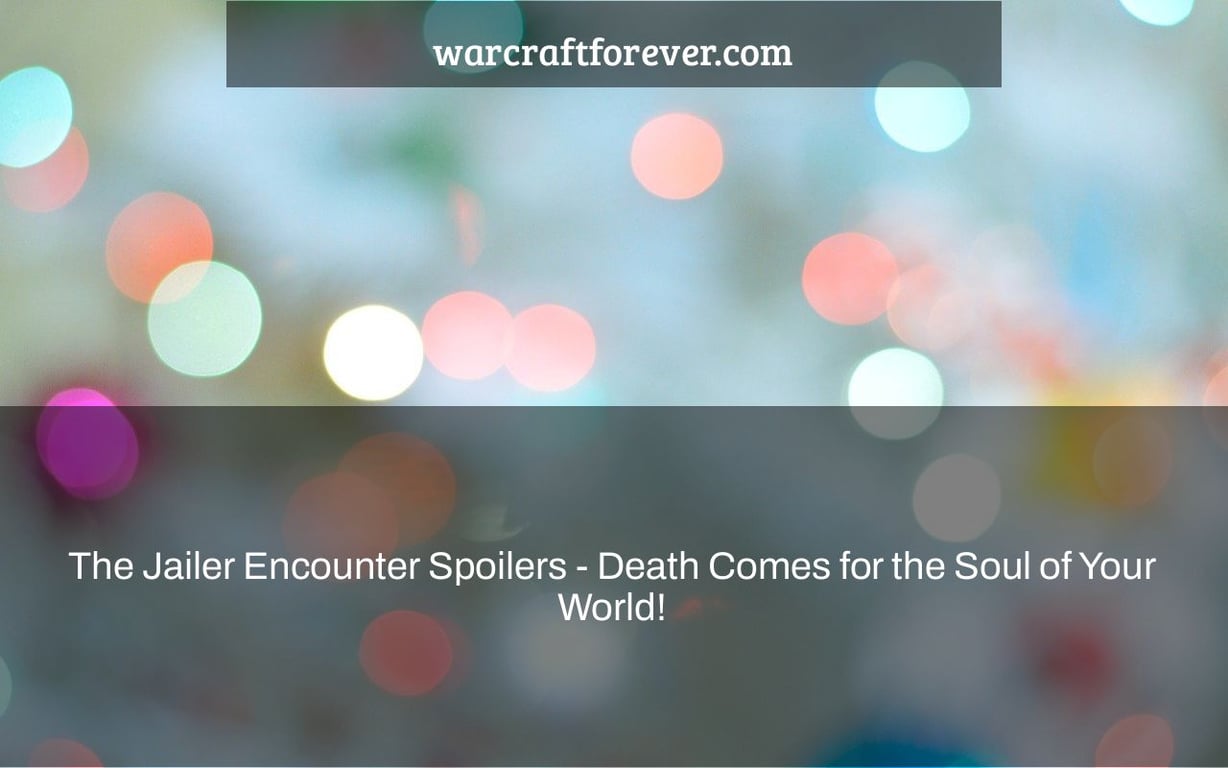 A new update has been released for the critically acclaimed Warcraft RPG, providing some pretty substantial spoilers about a future encounter.

The “the jailer wow” is a quest that takes place in the Warcraft universe. The Jailer encounter, as it’s called, has spoilers for the game and reveals how Death comes for the soul of your world! 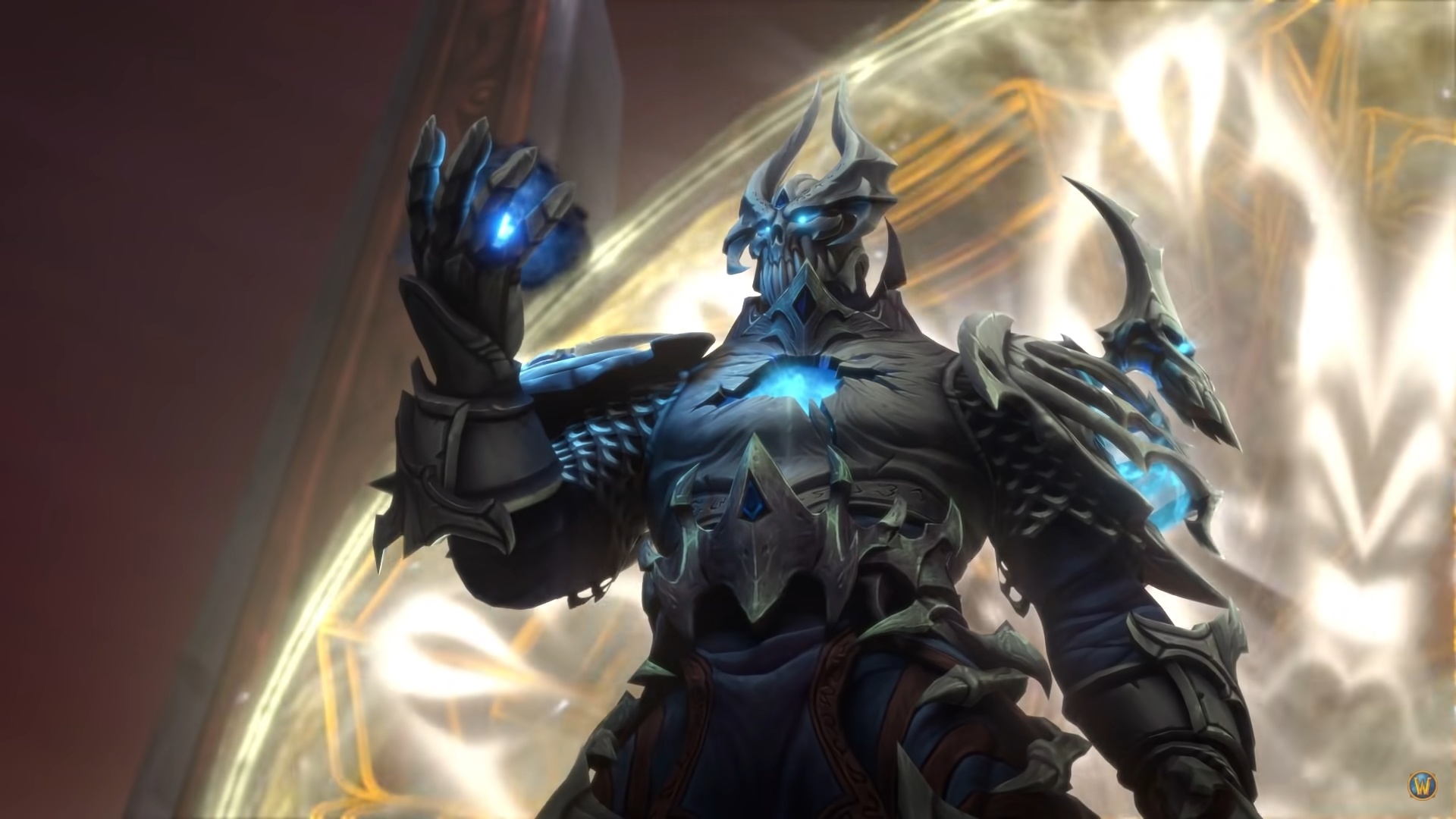 While some players were disappointed that the Patch 9.2 announcement did not feature a return to Azeroth, it seems that the Jailer’s comments from the Maw introduction were accurate after all: “Death comes for the soul of your planet!”

STORY SPOILERS AND SPECULATION AHEAD IN PATCH 9.2!

We were informed at the Patch 9.2 announcement that there was a narrative reason why we would only be facing off against Anduin in the first week, with the last three bosses – now confirmed to be the Lords of Dread, Rygelon, and the Jailer – being available in the second week. The dungeon journal may reveal the reason for this departure from the norm, as the raid’s final bosses have cosmic elements that suggest they take place in a completely different location, with some of Zovaal’s attacks directly targeting Azeroth, leaving it up to the players to protect the world soul while racing to defeat the Shadowlands’ final boss!

Oh, and in case you didn’t see the link between Zovaal, the Helm of Domination, and the Scourge, in phase three he also casts Defile. I wish you luck with it.

Zovaal destroys the world, killing everyone save himself. Does this ring a bell?

Forces of the Universe

This cosmic story has been told several times throughout the years. Several Old Gods’ minions have uttered cryptic remarks relating to the stars, dating back to Harbinger Skyriss in The Burning Crusade, and although these have typically been believed to represent the Old Gods, we also know that they were only slaves of a larger power: the Void Lords. While the plot of Shadowlands didn’t center on that cosmic force, Battle for Azeroth merely addressed a few issues while raising others.

Uu’nat, Harbinger of the Void, was one of these beings, and he had various comments referring to events that occurred in Shadowlands:

We now know that the first sentence relates to Bolvar’s Helm of Domination, and although the second line is still a little hazy, it seems logical to assume that it refers to the Jailer – coming to unmake everything. The deep background lore of World of Warcraft has long been rooted in cosmic conflict, dating back to the Titans, Sargeras, and the Burning Legion, though additions over the years have revealed an increasingly complex landscape: the Titans are pitted against Sargeras, who founded the Burning Legion to combat the threat of the Void Lords, who infested worlds using the Old Gods, and against whom the Titans built Keepers to defend against.

Although we know his magic helped create the Scourge and artifacts like Frostmourne and the Helm of Domination, which in turn helped create the Scourge, which was intended to weaken the forces of Azeroth and facilitate the Burning Legion’s second invasion, it’s unclear where the Jailer fits into this conflict. While it appears that the Jailer and the Burning Legion are naturally aligned in their opposition to the Void Lords, which supports N’Zoth’s words, it appears that the Jailer (via the Dreadlords) has been playing 4D chess the entire time, supplying the Burning Legion with the Helm of Domination, which conveniently split the veil between Azeroth and the Shadowlands. It’s not a horrible narrative; all it needs is a group of cryptologists to piece it together.

Returning to the Beginning

With our return to Azeroth, or at least close to it on the cosmic scale, one issue remains unanswered: what will happen to Silithus’ huge sword? Sargeras’ ultimate stroke devastated Azeroth, setting in motion the events of Battle for Azeroth and preparing the stage for Shadowlands, although it has been forgotten since. We were informed in an interview with Lead Narrative Designer Steve Danuser and Taliesin & Evitel that the sword would still play a role in things to come, and that the Jailer using his power against the world soul might be it.

Is Silithus’ sword going to vanish?

Is Azeroth ever going to be born?

Although Zovaal isn’t as physically massive as Sargeras was at the conclusion of Legion, these things are fickle, and if his spells fail to destroy Azeroth, the Jailer may find a way to utilize it himself. If Sargeras was really in alliance with Zovaal’s genuine objectives, it’s very plausible that he left the sword in Azeroth for that reason – in fact, it would bring the saga full circle and pave the path for the much-desired return to Azeroth. If the Jailer is successful in using the sword to either prematurely birth or kill the world soul trapped inside, it will inflict catastrophic destruction, easily another Cataclysm-level catastrophe, and provide all the rationale required to spend another expansion or two dealing with domestic issues.

Sargeras’ wound in the planet served as a major trigger for both Battle for Azeroth and Shadowlands.

A: The answer is no.

Who is the main antagonist in Shadowlands?

A: The main antagonist in Shadowlands is the Demon Abaddon.