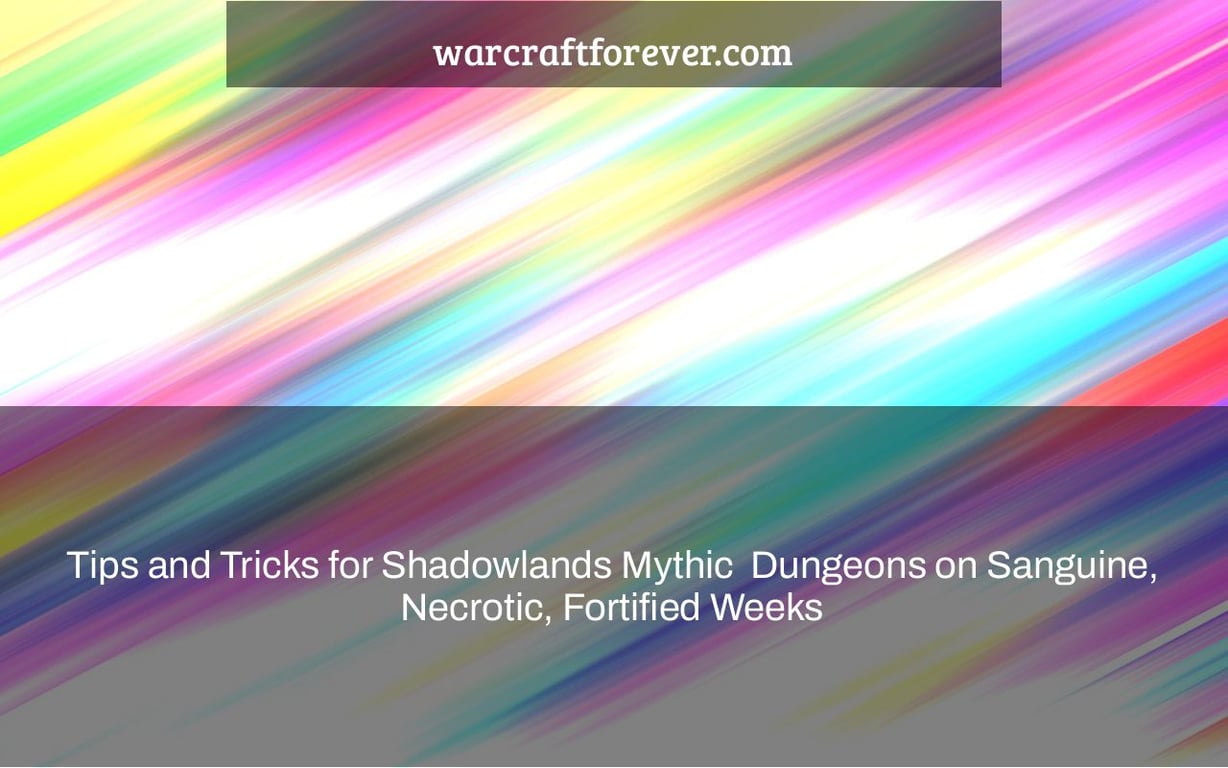 Super excited to try out the new Mythic dungeons on Sanguine, Necrotic and Fortified weeks this week but worried about being able to level-up your characters quickly? These tips should help you ace these dungeons.

This is a guide that will help players of the “Shadowlands Mythic+ Dungeons on Sanguine, Necrotic, Fortified Weeks.” It will include tips and tricks for each dungeon. Read more in detail here: sanguine and necrotic. 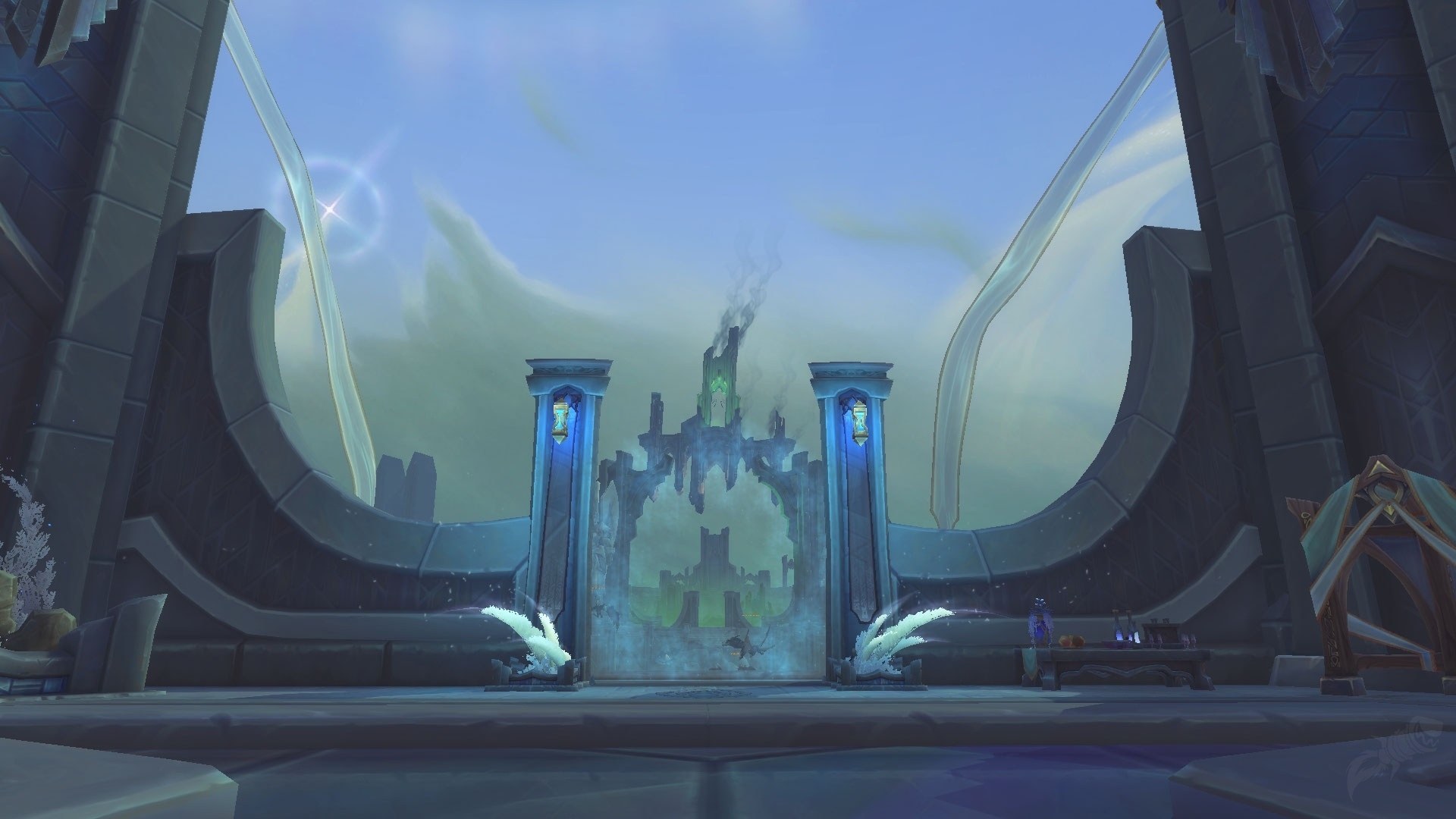 Welcome to this week’s dungeons, where the affixes are Sanguine, Necrotic, Fortified, and Tormented!

Finding a tank willing to play on these affixes is the most difficult element of this week’s affixes. Necrotic is a challenging tank affix in and of itself, requiring your tank to kite packs of five enemies. Furthermore, Force of Nature and Binding Shot are the most effective weapons for dealing with Necrotic, despite the fact that they are counter-intuitive during Sanguine weeks. Ursoc’s Fury Remembered, Blessing of Protection, and Phial of Serenity are all good methods to help with Necrotic management, but this week’s dungeons include a lot of kiting, mob control, and difficulty.

Overall, some of the most essential items this week are bringing more DPS, Healing, and Gear into keys. On every draw, you should be thinking, “How am I going to cope with Sanguine and Necrotic?”

Wake of the Necrotic

The affixes have no effect on the pathing in Necrotic Wake. The excellent aspects of this dungeon stop there. The garbage pulls are quite tough since the damage to your tank in this key is often rather substantial. Furthermore, on Necrotic & Sanguine, the weapon use that generally makes this timing more forgiving is far more difficult to pull off. Be very cautious, and you’ll need a lot of finesse to ensure that no errors are made when it comes to Sanguine healing or tank fatalities through Necrotic.

This week’s Necrotic Wake suggestions The two most tough areas in this dungeon are the rubbish in the beginning section and the trash in the Necropolis. Due to the potential of tank fatalities in this key, this is the case. Slowly go through these sections of the dungeon, focusing on sanguine healing and necrotic resets. Patchwerk Soldier and Blight Bag are the primary offenders in the early region, since these monsters may rapidly stack Necrotic on your tank. Fortunately, Blight Bags do not drop Sanguine, but they may still be hazardous to your tank. The Kyrian Stitchwerk and their tank busters are the only other terrifying instance of garbage for your tank. These are lieutenant creatures, and resetting your Necrotic and Mutilate buffs is quite tough.

Keep an eye out for those mobs and stick to the regular weapon approach, and you should be OK.

Guide to a Necrotic Wake

Sanguine Depths is arguably one of the more difficult keys this week. This is because your Sinfall Boon lanterns are difficult to utilize owing to Sanguine, and the sheer quantity of tank damage on this week’s affixes is quite high. Because of the horrible mix that is this week’s affixes, kiting while not being able to CC the monsters in the lanterns is why this dungeon is ultimately so tough.

This week’s Sanguine Depths suggestions This week, abandoning lamp optimization is the greatest bet for your organization. This is due to the challenges of kiting garbage from Necrotic while simultaneously attempting to kill creatures within a circle with Sanguine generating, as I mentioned before. Of fact, you can acquire 2-3 stacks each lantern, but attempting more optimal lantern tactics is challenging.

The bosses are the other major source of misery in this dungeon for which I have advice. On Kryxis the Voracious & Grand Proctor Beryllia, you must be terrified for your tank. Your tank is in imminent danger if they do not manage their stack counts properly with Necrotic + the tank busters on these monsters. Except for Sanguine Cadet, nearly no monsters in the gauntlet drop Sanguine for General Kaal.

The timeframe in Spires of Ascension is surprisingly forgiving this week if you tackle the dungeon at a leisurely pace. Sanguine is particularly cruel in this instance, with a large number of casters and difficult-to-move mobs that may quickly get trapped. If your monsters are regularly stranded in Sanguine, the duration will be much shorter, and the packs will be more likely to wipe you. Furthermore, there are packs with significant tank damage, which when combined with Necrotic may be quite lethal.

This week’s Spires of Ascension tips

This week, the two most important difficulties you’ll confront inside the Spires of Ascension are execution and survival. The timing will be somewhat unrestricted, but the difficulties in this dungeon will revolve on survival and the ability to counteract Sanguine. You should make heavy use of displacements and kill mobs in reverse order.

Guide to the Ascension Spires

Atonement Halls are places where people go to make amends for their sins.

Due to the huge quantity of garbage damage combined with Necrotic, Halls of Atonement is one of the most challenging dungeons this week. This, along with the many difficult-to-move enemies and the ever-boring Sanguine, makes this dungeon a complete misery.

This week’s Halls of Atonement tips

Bringing displacements is the most important thing you can do to aid your group in Halls of Atonement. If you have the chance to summon classes with knockback displacements, like as Typhoon, Shining Force, and others, you should do so. There are a few famous mobs to keep an eye out for, including:

Guide to the Halls of Atonement

Mists of Tirna Scithe is a dungeon that is less affected than others by this week’s very technical affixes of Sanguine and Necrotic. At the same time, Mists is still not an extremely easy dungeon this week owing to the timed limits, which may make it difficult to drag a large amount of garbage through the maze’s walls.

This week’s Mists of Tirna Scithe tips The first several minutes of Mists garbage are quite dangerous. Skipping the Tirnenn Villager pulls that are sometimes seen helps a lot and helps you avoid wipes from Necrotic + Sanguine. Because the Drust Spiteclaw, Drust Soulcleaver, and Tirnenn Villager are all criminals, it’s best to avoid them as much as possible. You can see how that skip was done in the video below. To get through, all you need is a Potion of the Hidden Spirit, a Shroud of Concealment, or personal stealth. Apart from the skip, the Drust Soulcleaver are very dangerous for tanks since they can rapidly stack up with Necrotic, therefore aggressively kiting the soulcleavers is critical.

Apart from that, stay away from overpulling and Sanguine healing when within the labyrinth. The dungeon’s low mob density or garbage kitability might actually be useful, but you must be very cautious.

This dungeon on Sanguine & Necrotic is very laborious to navigate, and any missteps might result in tank deaths or minutes of lost time. Play it safe and be really cautious.

This week’s Plaguefall advice While Plaguefall’s timing is simple, completing the dungeon is by far the most difficult aspect. Many trash pulls do significant damage to your tank, and many of these enemies are gathered together. Furthermore, even on Fortified, the bosses are no laughing matter. The garbage, on the other hand, is the most challenging element of this dungeon, and here are some packs to avoid:

This week’s suggestions for Theater of Pain

The key pitfalls to Theater of Pain this week are survivability, execution, and being able to support your tank as much as can. To assist them in obtaining Necrotic resets, throw out as much CC as possible. Also, be cautious while dealing with Sanguine, and you should be OK. The dungeon, like other dungeons this week, is still very challenging.

It may seem strange, but my greatest Theater of Pain suggestion for this week is to come back next week.

Guide to the Theater of Pain

This week’s suggestions for De Other Side The most difficult element of De Other Side will be managing the rubbish in the dungeon and dealing with Necrotic + Sanguine correctly. There are a few mobs in particular with whom you must use extreme caution:

The Guide from the Other Side

The “mythic dungeon tools dratnos” are a set of tools that will help you with the Mythic+ Dungeons on the new Sanguine, Necrotic, Fortified weeks.