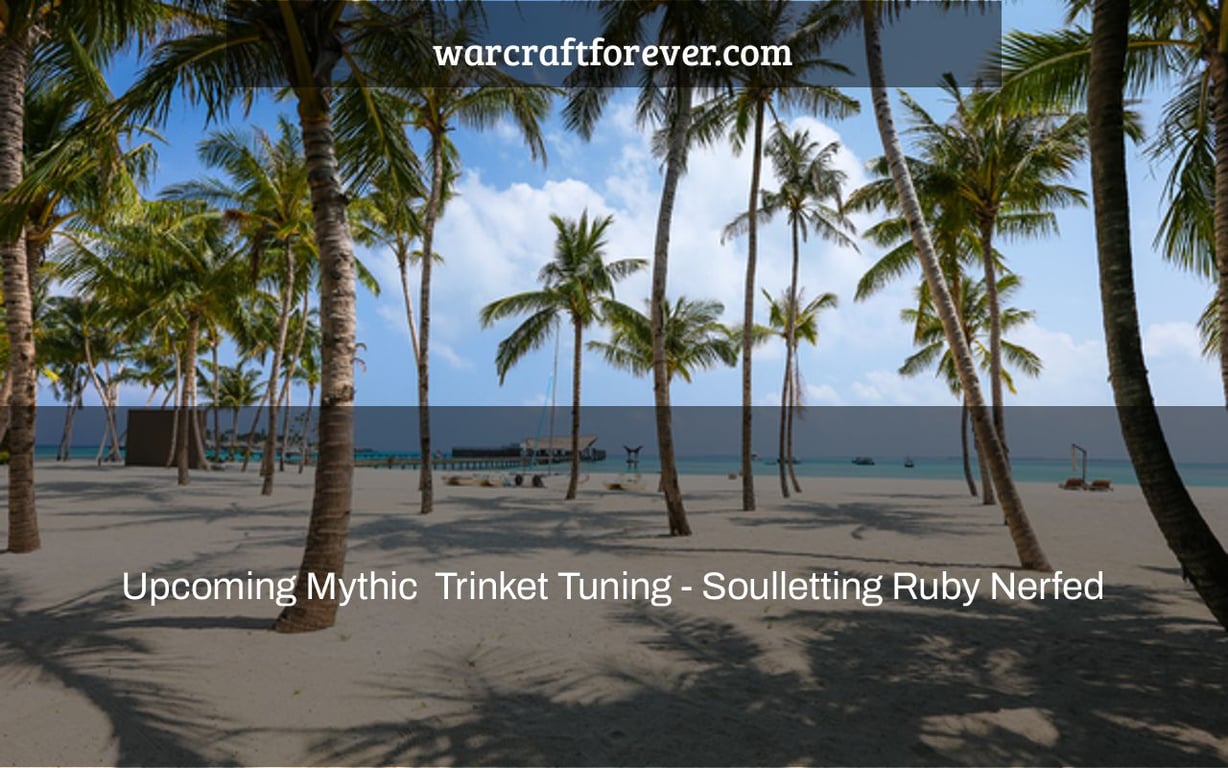 In the upcoming patch, Soulletting will be nerfed and some other changes are coming.

The release of Patch 7.1 has brought even more changes to the game than Blizzard could have ever predicted, and with that comes a new type of tuning: Soulleting! In this article we’ll take a look at some popular mythic+ trinket usage stats so you can decide if souls are worth it or not.

The “soulletting ruby macro” is a mythic+ trinket that has been nerfed. The change in the Soul Gem will make it less effective for players.

Several Shadowlands dungeon trinkets will be modified as part of next week’s regular weekly maintenance in each region:

Bladedancer’s Armor Kit improved his armor and damage by 25%.

Stoneheart’s pulsating armor, health regeneration, and self-slow duration have all been lowered to 6 seconds (was 12 seconds). Pulsating Stoneheart armor has been boosted by 35%, and life regeneration has been reduced somewhat every tick, although it now ticks for a total of 7 (was 6) ticks on-use.

The Haste offered by the First Class Healing Distributor was scaling erroneously with item level.

The “soulletting ruby affliction warlock” is a change that will be made to the Ruby gemstone trinket in Mythic+. The Soul of Tichondrius will no longer be able to be Soul Let.