You are here: Home / Warcraft / World of Warcraft News and Development Updates 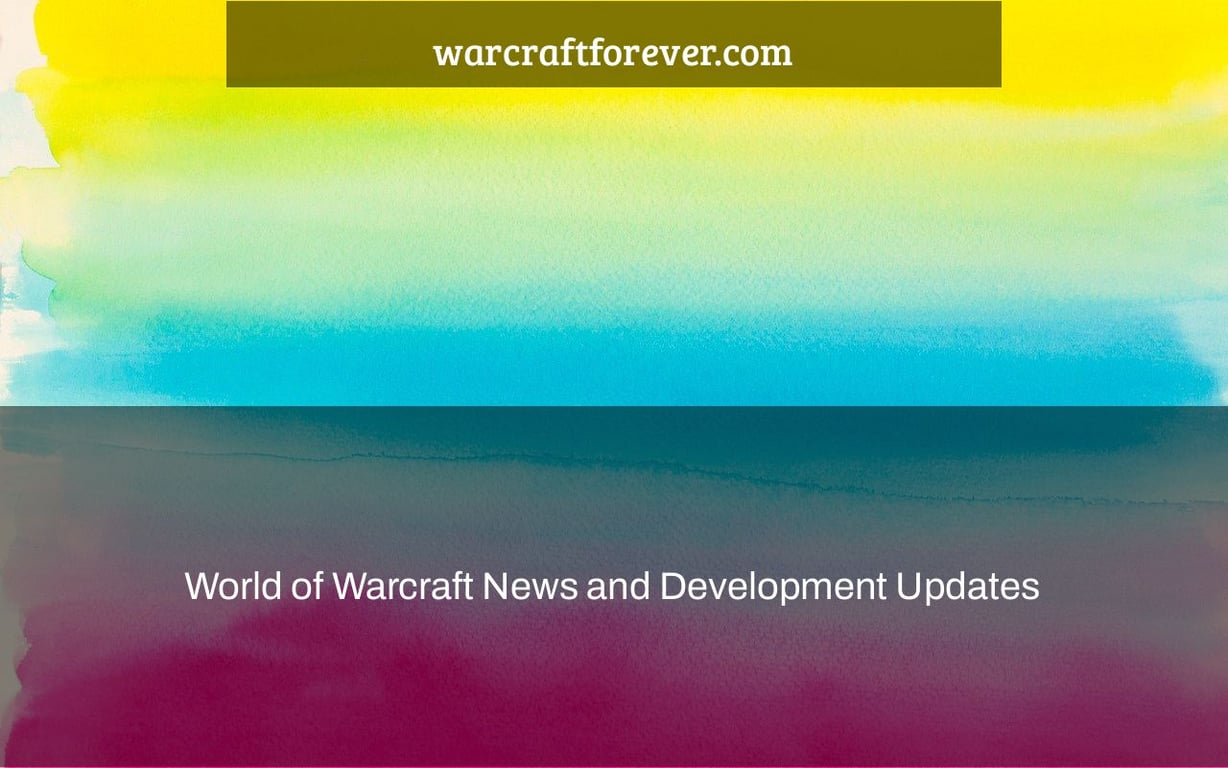 World of Warcraft keeps its players entertained with regular new updates, adding fresh content and more ways to play the game. The latest expansion is Battle for Azeroth, which has raised player concerns about loot boxes–but Blizzard says they’re just a fun way to experience gameplay that’s been pushed into the future by years of upgrades.

The “wow developer update” is a blog that provides news and updates on the World of Warcraft. It also includes information about future development plans for the game.

This week in World of Warcraft, you can complete the Achievement Zereth Mortis Flying, continue thwarting the Jailer’s efforts in Raid Finder Wing 2: Cornerstone of Creation, make friends with your foes in Cross-faction Instances on the 9.2.5 PTR, muster your forces in Burning Crusade Classic for the Gods of Zul’Aman raid, and more!

Wing 2 Sepulcher of the First Ones Mythic and Raid Finder Wing 2 of Mythic and Raid Finder is now available. Read this post to be ready for the war against Dausegne, the Fallen Oracle, Prototype Pantheon, Lihuvim, Principal Architect. The Mage Tower has made a permanent comeback. The Mage Tower was first featured in Legion, and it required players to complete unique solo class-specific encounters. The Mage Tower will no longer be linked to the Legion Timewalking Bonus Event starting the week of March 29. Those who want to demonstrate their grit will be able to access it at any moment. Here’s where you can learn more about it. Legendary Unity Belt Those who complete Chapter 7 of the Zereth Mortis campaign should get the Belt of Unity, a new Legendary belt with the Runecarving Effect of your covenant. Complete the campaign and become Revered with the Enlightened faction to acquire access to the Memory of Unity, which allows you to create the new covenant switching Runecarving Effect on a different armor slot or immediately assist your other characters in obtaining an Enlightened Legendary.

Posts in the forums on the development of Shadowlands

On March 15, there will be a huge Vault Reward Update.

Developer Reaction to World of Warcraft

Zul’Aman’s Gods are Now Alive The Gods of Zul’Aman, the latest content update for the Burning Crusade Classic, is now online, with the new Zul’Aman raid launching on March 24 at 3:00 p.m. PDT. Continue reading to learn more about what’s to come.

Learn more about the most recent World of Warcraft: Shadowlands, Burning Crusade Classic, and WoW Classic hotfixes that solve different problems. Some of these hotfixes go into action immediately, while others may need scheduled realm restarts to take effect. Please bear in mind that certain problems will need a client-side patch update to be resolved. As new hotfixes are released, this list will be updated. Keep checking back for updates.

Arena World Championship The AWC Shadowlands Season 3 Cup 1 has finished as teams from across North America and Europe compete in four separate Cups for $10,000 (USD)in weekly prizing per region and points to advance to the AWC Circuit. Check out the standings and keep following along as we head into Cup 2 on March 25! Mythic Dungeon InternationalThe Groups format from Season 2 is returning for MDI Season 3, and dungeon-running teams can register until March 28 for the season Time Trials that begin on March 30. Read on for the specifics. Stay connected by following Esports in World of Warcraft on Twitter and subscribing to the Warcraft YouTube channel.

The Cat Pack Has Returned A feisty litter of Azeroth’s furriest (and ficklest) felines is included in this pawsh package. Treat yourself to three mounts and four pets from Azeroth’s purriest beasts at a bargain! The deal is only good until March 29. Spring Sale on Battle.net Get significant discounts on your favorite Battle.net games, affordable bundles, and spring cleaning some things off your wishlist from now till March 29. But don’t wait too long—this offer will finish shortly, so take advantage of the discounts before they’re gone. RIGHT NOW IN THE SHADOWLANDS

The Arena Skirmish Bonus Event will begin on March 29.

The Darkmoon Faire will be back on April 3rd.

The Micro-Holiday of the March of the Tadpoles begins on April 5th.

The “world of warcraft developer” is a blog that covers the news and development updates for World of Warcraft.